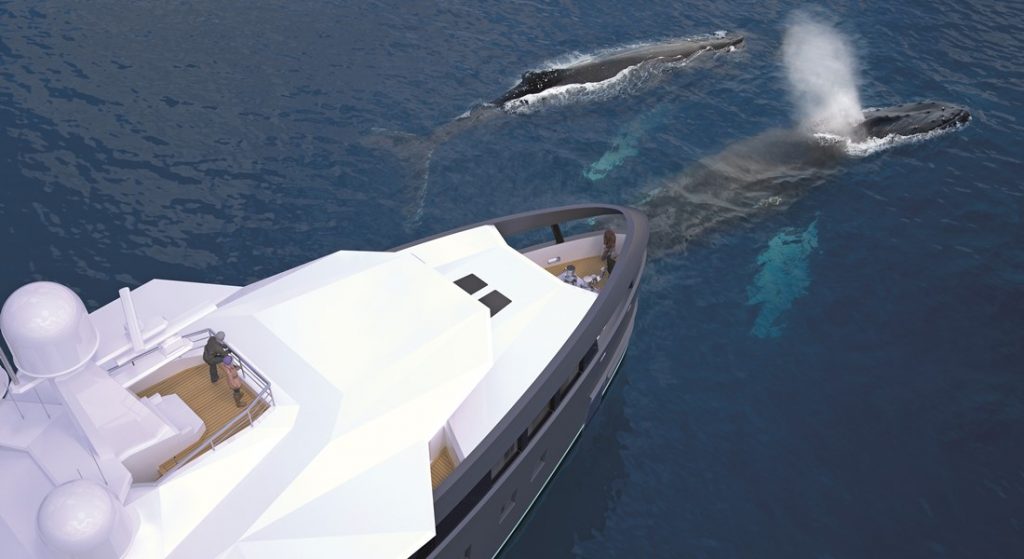 Complementing the SeaXplorer 75 and 65 models, Damen, the shipbuilder which counts Amels among its holdings, has a smaller global traveler to offer. The 55.7-meter (182’7”) SeaXplorer 55 is as capable of taking you to the Arctic and Antarctic regions as she is your favorite warm-water islands.

Every SeaXplorer employs a hull developed by Damen for stringent offshore conditions. In fact, Damen, along with Amels and the extreme-adventure yacht company EYOS Expeditions, pooled their collective experience. Specific to the SeaXplorer 55, Damen says you can remain away from shore for an entire month. And, as mentioned above, Arctic and Antarctic waters aren’t off the table. It’s due to complying with the IMO Polar Code, which sets parameters for navigating in ice.

With styling by Azure Naval Architects, the SeaXplorer 55 bears some resemblance to her bigger sisters. Also similar, she’s suited as a companion vessel to a more traditional yacht, or as an adventure yacht herself. If you choose the latter, you can request a typical glossy paint finish. 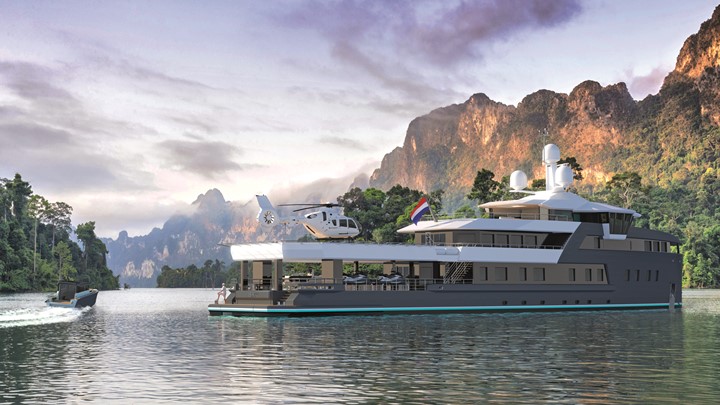 The differences come in how the 1,090-gross-ton craft gets used. The SeaXplorer puts an expansive “expedition center” aft at your disposal. Consider outfitting it for diving, complete with a dive boat and full dive gear, along with a decompression chamber. Alternately, it can hold a submarine. Whatever you ultimately select, the SeaXplorer 55 tops it with a certified helipad, not the touch-and-go platforms many megayachts have. Among the helicopters capable of landing and staying there, an Airbus EC135.

Since horizon-seekers seek more than submarines and dive gear, there’s additional room for other types of tenders. In fact, the tender shown above measures 37 feet (11.28 meters). That’s just a little smaller than the length of the slipway from which the tender launches. For safety, the 17-person crew will only permit you and your guests to board and depart the tender once it’s in that slipway. And, on a related note, the crew can include nature guides and pilots required for navigation in some regions.