Typically tourism trips to Antarctica are solely on land or at sea. This year, you can be the first to experience a once-in-a-lifetime combination. Cookson Adventures, which tailors superyacht excursions, has partnered with an Antarctica luxury-camp operator for what the two call Ultimate Antarctica. Specifically, it blends a stay aboard the expedition megayacht Legend with a stay in the remote interior of the continent. You further get to visit the Geographic South Pole, a rarity.

The excursion is for a party of 12, lasting 24 days. Interestingly, Cookson Adventures and White Desert each have abundant experience with Antarctica, but in different ways. White Desert became the first company to offer private-jet service to the continent, plus operates the only luxury camp (below) there. Patrick Woodhead, its CEO, says that despite 15 years of operations in Antarctica, “I’ve barely seen an iceberg! So, it’s an absolute privilege to combine our expertise with Cookson Adventures’ to enable guests to see totally different but equally incredible aspects of this immense continent.” Henry Cookson, Cookson Adventures’ founder, adds, “I’m spellbound by Antarctica every single time I arrive at its shores. For that reason, I’m excited to offer explorers this ultimate appreciation of the continent together with White Desert.” 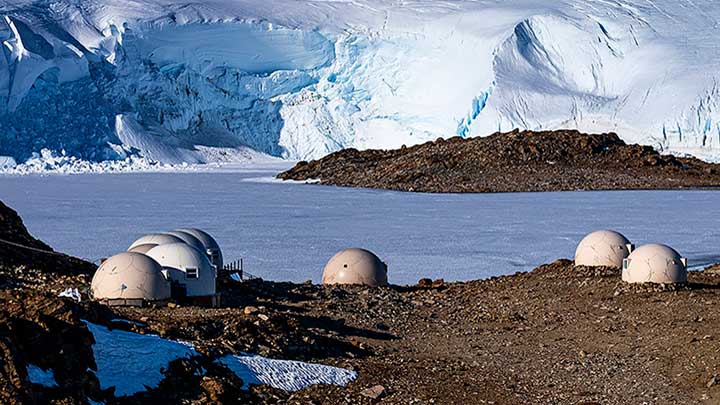 Cookson also gives high praise to Legend, a yacht for which Cookson Adventures has previously tailored itineraries. “Her captain and crew share my enthusiasm to uncover much of what we still don’t know about the peninsula and its inhabitants,” he explains.

The Ultimate Antarctica journey begins with ringing in New Year’s Day at the One&Only Cape Town resort in Cape Town, South Africa. From there, a private jet takes your party to Whichaway Oasis, White Desert’s camp. Notably, it’s the only luxury camp in the continent’s interior. Using it as your base, among other experiences, you’ll enjoy a rare private flight to the Geographic South Pole, the lowest point on Earth.

As for the on-water journey, Cookson Adventures will tailor your six-night stay according to your preferences and, of course, weather. The 256’6” (77-meter) Legend (top and above), originally built in 1974 as an icebreaker for the Soviet Union, will cruise amid remote inlets. Picture yourself kayaking or SUP-ing amid humpback whales, for instance. You might even see penguin chicks starting to hatch. Don’t miss the chance to take a polar plunge before heading to Legend’s sauna to relax, either. Thanks to Legend’s helicopter, you can ski pristine slopes or sightsee. Underwater enthusiasts can take the three-seater sub to spot what usually only researchers get to see. On that note, Cookson Adventures can arrange a researcher to join your trip. In fact, the company can also arrange meetings with climate scientists and taking part in wildlife research. 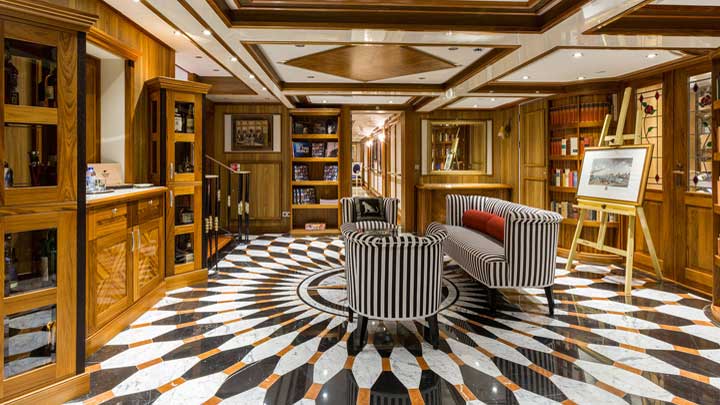 Both on land and at sea, Ultimate Antarctica puts you in proximity to colonies of Emperor penguins, various species of whales, even more species of birds, leopard seals, and other fascinating wildlife.

Ultimate Antarctica bookings are available for this December into January as well as the 2021-2022 season. The fully inclusive cost starts at $2.965 million.