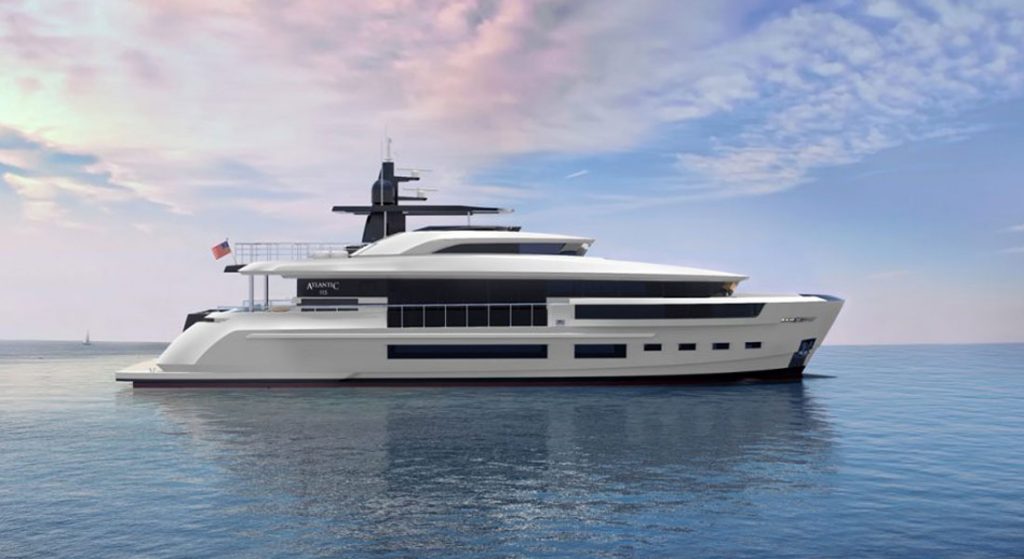 A megayacht project started on spec is aiming for an American owner. Cruising can start aboard hull number one of the Atlantic 115 series next year, in fact, thanks to an agreement between China-based Heysea Yachts and America-based Atlantic Yacht & Ship.

Heysea is new to U.S. shores, but its history goes back a decade. With construction taking place in Jiangmen, in southern China, the builder has models starting at 60 feet (18.3 meters). The largest megayacht, currently in build, measures 135 feet (about 41 meters). Regardless of LOA, every Heysea yacht features fiberglass construction. So far, the majority of its sales have taken place within China, too. In addition, Heysea says it delivers 15 to 20 of its mid-range to large yachts each year.

To broaden its reach to North and South America, Heysea began working with Atlantic Yacht & Ship. It also approached Unielle Yacht Design, for curvy, European styling and the interior design. Together, along with input from seven American megayacht captains, they created the Atlantic 115 series. Construction then began on hull number one. 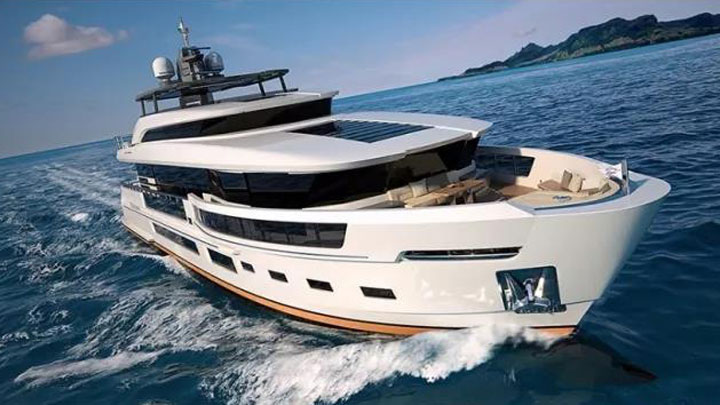 The owner of hull number one is getting a main-deck master suite and four staterooms below decks. You can see a skylight in the rendering above, benefiting the master. Overall, this five-stateroom layout is relatively popular. However, it’s not the only choice. Future Atlantic 115 buyers can opt instead for a country kitchen on the main deck. This, too, is popular among American cruisers. Either way, owners and guests have five crewmembers taking care of operations. In addition, headroom in the saloon is a spacious eight feet (about 2.44 meters).

Of course, the Atlantic 115 also has sunning space up top, plus includes a beach club, for closer-to-the-water fun. Heysea is building the megayacht to RINA Commercial Class, so that opens the door to owners who wish to offer their yacht for charter.

Hull number one debuts at the Fort Lauderdale boat show in 2018. In related news, Atlantic Yacht & Ship signed a long-term agreement to represent Heysea Yachts on this side of the ocean.