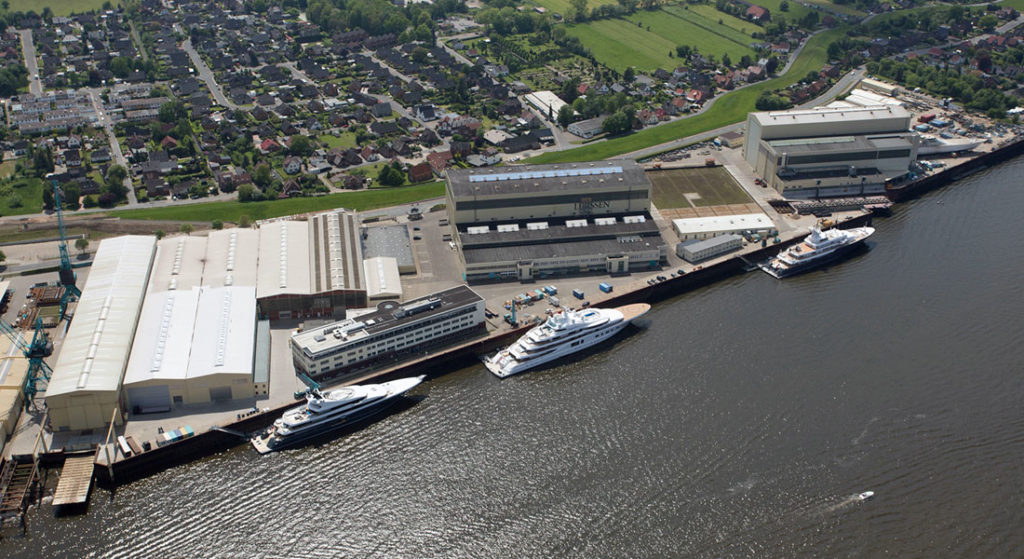 Over the course of two days earlier this week, another secretive superyacht slipped into one of Lürssen’s biggest build sheds. While the shipyard is remaining mum, yacht watchers believe she’s Project Lightning.

Judging from the LOAs of other launches, this new yacht appears to be in the 426-foot (130-meter) size range—perhaps even larger.

Project Lightning’s maneuvers come less than a week after another significant Lürssen, believed to be Project Shu, appeared outside her build shed. In fact, Project Lightning reportedly entered the very same shed that Project Shu vacated. Not coincidentally, Project Shu even makes an appearance in the video below, around the three-minute mark.

Because of confidentiality agreements, Lürssen has not disclosed even general details such as the naval architect, exterior stylist, or even the propulsion system. Further facts, such as whether a helicopter will stay aboard or what the tenders will be, are unknown, too. However, we can glean some ideas of what the owners and guests have in store come delivery time. A few significant-size hatches, with ports, sit aft on the lower deck. In addition, the protruding wing stations on the third deck up delineate the wheelhouse. Finally, a large, rectangular outline on her foredeck may hint at either a pool or a hangar. (The aerial shot below provides a better look than the few aerial scenes in the video.)

Due to her stage of construction, we believe that Project Lightning is at least a year from completion.

As large as she is, this megayacht is no anomaly for the German yard. Again, though it is unable to comment on most current projects at this stage, Lürssen has several orders in the 321-foot (98-meter) and up realm. For example, the 367-footer (112-meter) code-named Palo Alto should see the light of day in 2018. Another, even larger megayacht coming in 2019: Project Redwood. She’ll be 456 feet (139 meters).