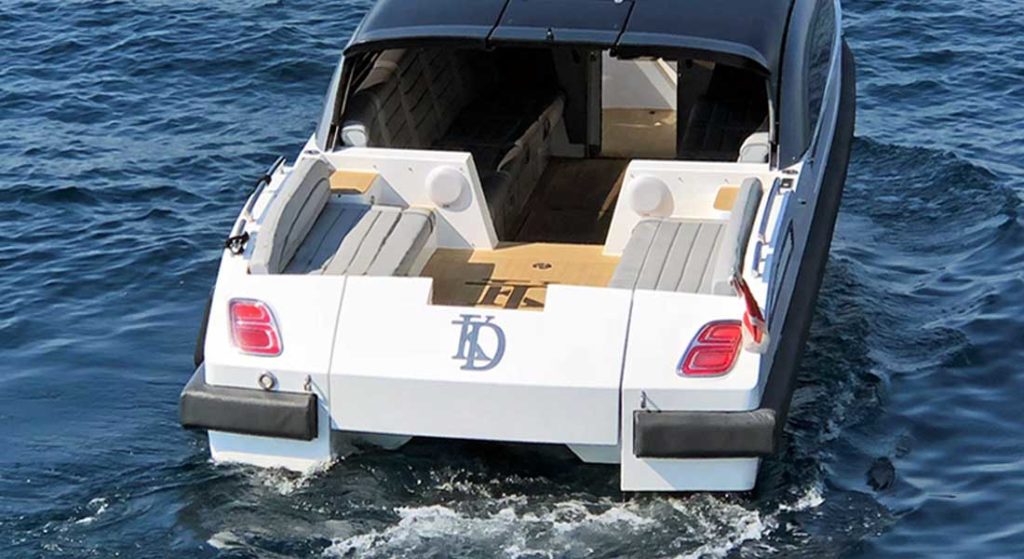 What does a boatbuilder do when a customer has a special request? Fulfill it, of course. The new Wooden Boats WB27 doesn’t just replicate part of a Bentley Mulsanne. In fact, the tender features actual Bentley tail lights… at the transom, naturally.

The request came from the owner of KD, a Sanlorenzo 52 Steel. The Mulsanne gets its name from the Mulsanne Corner of the 24 Hours of Le Mans auto race, which Bentleys have won several times. Fittingly, Marco Arnaboldi, Wooden Boats’ founder, says the WB27 is “like a convertible sports car.” She has a two-part carbon fiber hardtop that removes, turning her into an open boat.

Besides incorporating the automotive tail lights, the 25-foot (7.6-meter) carbon fiber tender additionally shows off seating similar to Bentley cars. The light gray of the leather on interior and alfresco seating comes straight from Bentley’s selections. In true yachting fashion, the two rows of seats inside contain hidden stowage. For instance, the backrest of one of the interior seats folds down, for glasses or bottles (champagne, anyone?). The seats themselves similar step in, concealing a refrigerator. The crew of KD can stash further items within a teak-clad hatch between the rows. 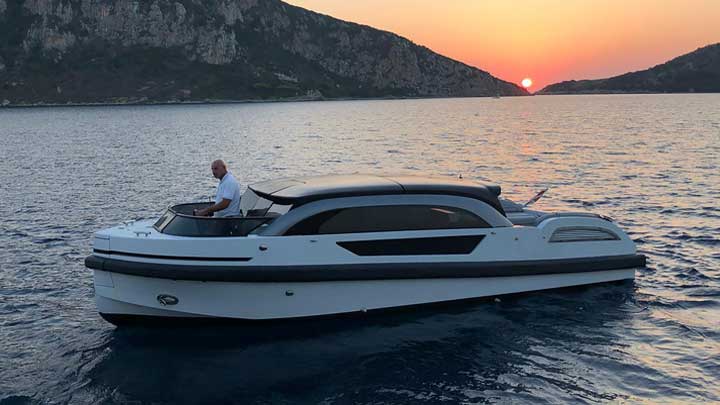 Also in true yachting fashion, the Wooden Boats WB27 can do more than shuttle guests. Part of her transom folds down to become a swim platform, for example, She makes it convenient to go from the mothership to shore, too. The shallow 1’6” (0.5-meter) draft—excluding the stern drive—means the crew can essentially beach the tender. A bow ramp then lets guests disembark.

Speaking of the stern drive, it’s a Mercury Bravo 3 coupled to a 260-hp Mercury 3.0 TDI. (Buyers intrigued by the tender can opt instead for twin inboards.) Wooden Boats says this engine package allows the WB27 to top out at 36 knots and cruise at 30 knots, each under full load. Furthermore, the WB27 can take swimmers or sightseers to plenty of places, given a roughly 155-nautical-mile range at 25 knots.

In related news, Wooden Boats, which also recently delivered a WB14 tender, has a 33-footer (10-meter) under construction for an explorer yacht.