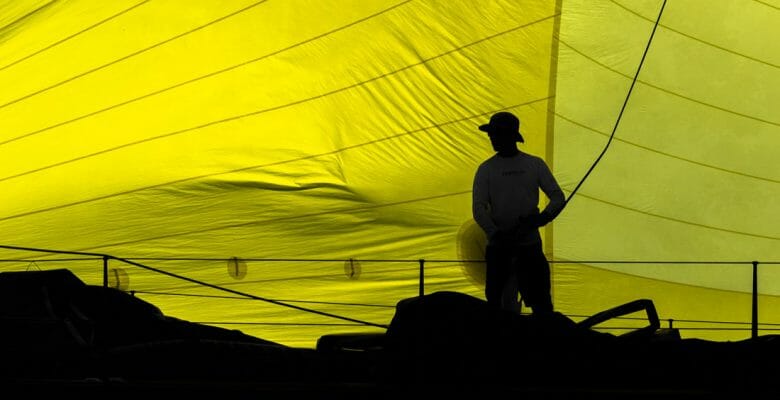 There’s a first time for everything. Ammonite proved it, in spades, at the NZ Millennium Cup this week. This first-time entrant took race days one and three, as well as the overall series. Not that her fellow competitors let her get away with an easy win. It was a fight to the finish at times, with skilled maneuvering making for three thrilling days comprised of six races.

In a sense, it was a first for all six racing superyachts, too. This year was the first time the Cup used the International Superyacht Rule (ISYR). In brief, the ISYR allows disparate designs to go head to head, without one type having an advantage over another. Furthermore, under its handicapping, while there’s a staggered start, the competitors typically are close to one another halfway through the race.

That’s exactly what happened on race day one. Ammonite, Enso, Janice of Wyoming, Sassafras, Silvertip, and Tawera delighted the crowds on shore as they rounded the marks. Ammonite and Silvertip made it even more interesting heading for the finish, executing a gybing duel. While Silvertip made a valiant effort, Ammonite got the best of her. In the day’s second race, a longer course, the two kept things tight again for the finish, but Ammonite was ultimately victorious yet again.

Day two saw Ammonite and Silvertip reignite the friendly rivalry of the day before, with (you guessed it) the former coming out on top. Day three saw her claim victory for the final time, in the final race of the day, and therefore the NZ Millennium Cup. 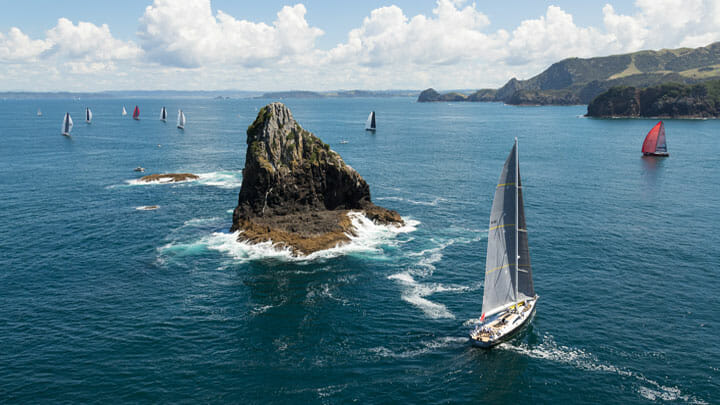 Two things did give her a run for the proverbial money (the NZ Millennium Cup awards bragging rights, not funds). First, the light airs characteristic of New Zealand’s Bay of Islands came into play, for everyone. As Jim Teeters, the ISYR creator and race handicapper, explains, this “makes it very difficult for competitors to find the right places to go and forced them to search for wind.” The second challenge: the five other sailing superyachts wanting to taste victory.

Tawera, for example, who won the NZ Millennium Cup in 2016 and 2017, took the fourth and fifth races of the week. As mentioned, Silvertip put up a strong effort during the week, earning favor among many in the shoreside crowds. Having been on Ammonite’s heels in the standings through to the final race, Silvertip sadly suffered a mechanical failure rounding the mark in the final race. Regardless, many an imagination has played out what she might have done.

Wherever they landed in the final standings, the repeat racers and first-timers surely share the sentiment of Marcus Blackmore, Ammonite’s owner. During the awards ceremony, he commented, “There’s no better place in the world to sail.”

Here’s some of the action from the world’s most southerly superyacht regatta.