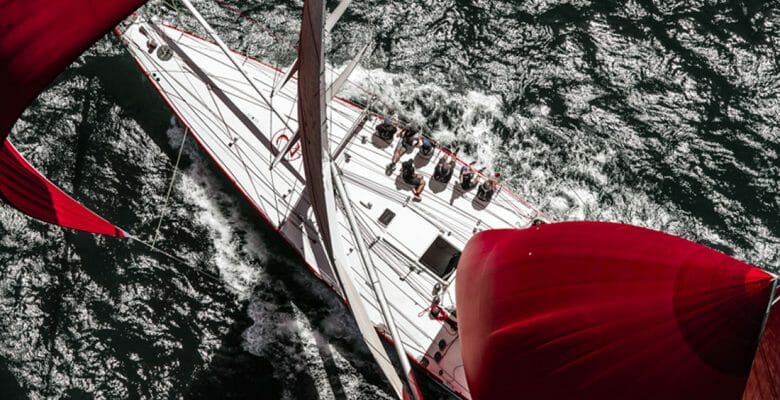 Eight sailing superyachts signed up to compete in the ninth NZ Millennium Cup. But only one could be victorious, and it was Tawera, for the second straight year. Better yet, Tawera did so with her designer, Ron Holland, aboard.

The race organizers therefore set a 27-nautical-mile course for the last day. It was the longest of the NZ Millennium Cup, and it set the scene for white-knuckle duels between competitors Silvertip and Cavallo. Excitement among spectators turned to disappointment, though, when Cavallo’s kite, adorned with red, white, and blue, broke in two.

Another battle brewed between two other competitors, thankfully. These competitors had dramatically different racing experiences, too. Pumula, racing in her first NZ Millennium Cup, went tack for tack at times with Janice of Wyoming, a six-time Cup competitor. Alas, despite them, and others, enjoying favorable winds, Tawera was no match. She took line honors yet again on this final day, winning her division handily. The other division, the Pacific Cup, went to Antaeus, who went up against return racer Steinlager 2. In fact, Antaeus’ co-owner, Charles St. Clair Brown, jokes, “Steinlager 2 were especially gracious in letting us slip away.”

All competitors were truly gracious in toasting Ron Holland at the prize-giving. He was on the eve of celebrating his 70th birthday.

Here’s some of the action from the Cup.