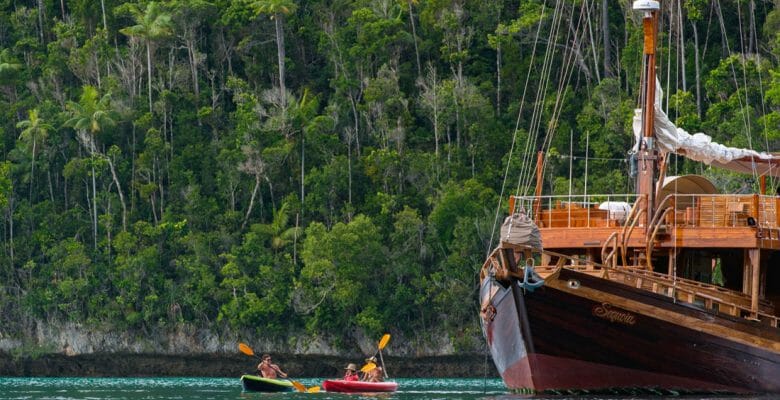 Yessi Maya Sari and Kevin Corcoran (below) aren’t your typical superyacht owners.  Then again, their pride and joy, Sequoia, isn’t your typical superyacht, either. Neither are the Indonesian cruising grounds that the 86-foot (26-meter) Sequoia shows charter guests. And, that’s the point. Sari and Corcoran built this traditionally Indonesian, all-wood yacht to welcome the world to the little-traveled, biodiverse waters of their home. Equally important, they strove for an intimate, safe, and comfortable cruising experience, especially for families. 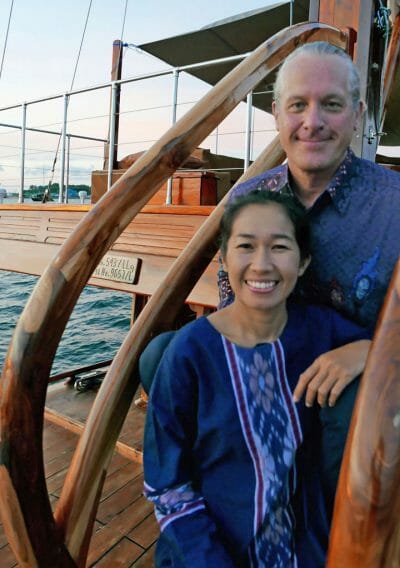 Managed through their company, Coral Triangle Safaris, Sequoia charters in a region in Indonesia known as the Coral Triangle. Containing thousands of islands, hundreds of coral species, and abundant sea life, the region sees little tourism. As Corcoran explains, most visitors to Indonesia know Komodo National Park or Raja Ampat. He and Sari want to share safari-like snorkeling, birding, paddleboarding, diving, and more adventures with guests.

They certainly did their homework. Sari analyzed about 100 scuba boats in the area. She and Corcoran say most aren’t the best quality, nor are they comfortable. Some further don’t entirely feel safe, or even seem hygienic. “I wouldn’t put my own family on them,” Corcoran asserts. In addition, most can carry a dozen or more guests but typically only get six to book trips. Therefore, they conceived Sequoia for four to six people, with two staterooms. They also spent a year in Miami personally visiting equipment suppliers and focusing on U.S. Coast Guard build standards.

Five shipping containers packed with equipment later, they returned to Indonesia for Sequoia’s final construction. She features teak and ironwood, both customary. Styling-wise, she draws inspiration from Lambo Bugis craft. All told, she took four and a half years to complete, wrapping up this past summer. It’s longer than anticipated, but the couple is thrilled with the results. 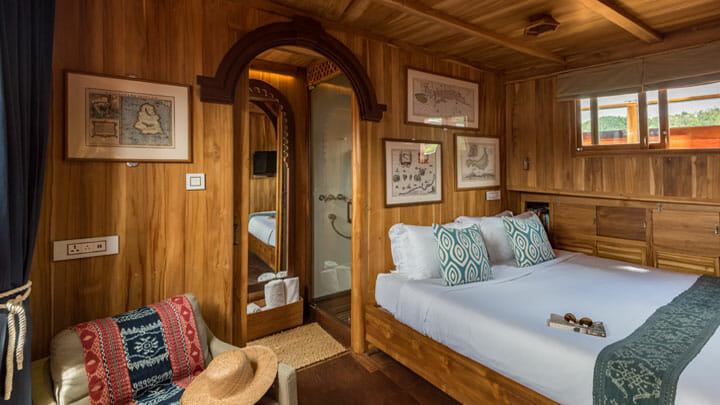 Sequoia has hosted seven yacht charters thus far. The goal is a maximum of 25 to 30 bookings annually, a mix of per-night and per-week customers. (Per-night bookings are common in Indonesia, sometimes three- to five-night trips.) Highlights include visits to local villages, plus inviting the village women to come aboard with their handmade ikat fabrics, to show and sell. The Indonesian chef on the all-Indonesian crew treats guests to traditional fare, too.

Ultimately, Sequoia seeks to showcase the calm, unspoiled waters, and show why this corner of the world is so special in her owners’ eyes.