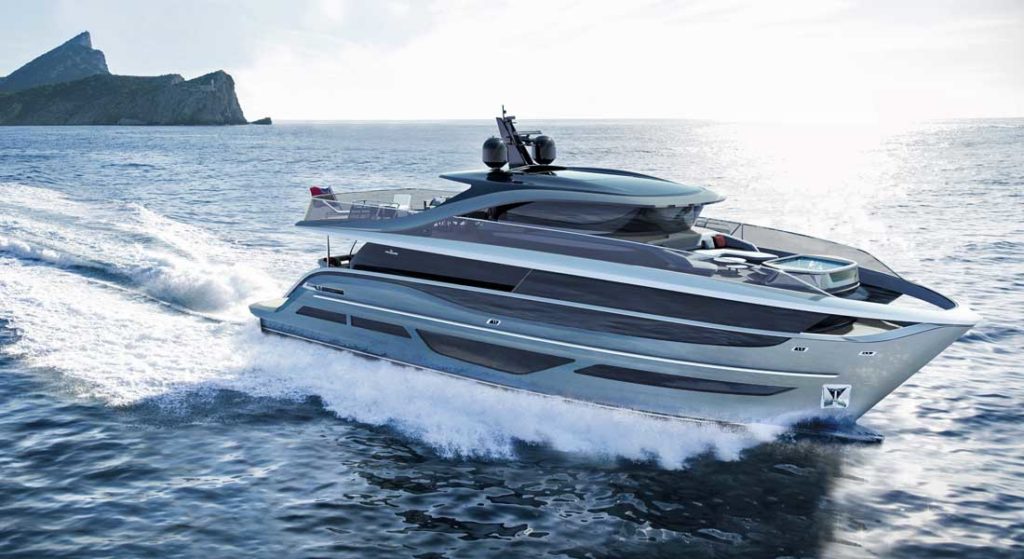 When Princess Yachts decided to create yet another new motoryacht series, it looked at ways to rethink usable space. Simultaneously, it re-examined traditional yacht architecture. With the new X Class, whose first model is the Princess X95, the British builder introduces what it calls the “Super Flybridge.” It provides 10 percent more alfresco area as well as 40 percent more interior area compared to other flying-bridge megayachts in the same size range.

As is tradition, Princess turned to longtime naval-architecture partner Olesinski for the 95-footer (28.96-meter). In addition, it requested styling input from Pininfarina. The Italian studio is renowned for car design, plus contributed to the just-completed, racy-looking Princess R35 sport boat. Even a quick glance reveals that the eight-passenger Princess X95 is different. 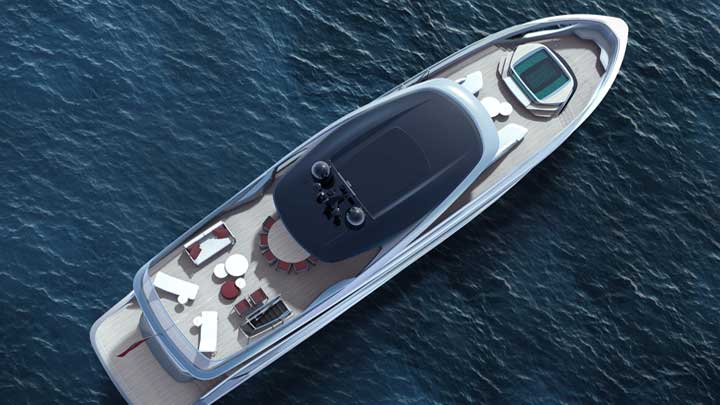 Examining the features in detail reveals it even more. The Super Flybridge, for example, is nearly 72 feet (22 meters) long. Princess asserts that this is more than twice the typical length. The aft portion of the deck is rimmed in glass, while the forward area serves as an enclosed skylounge, with wheelhouse. Sliding doors separate the helm from the guest area (especially important to preserve the captain’s night vision when required). The teak soles in the skylounge can keep the ambiance relaxed, just as the alfresco section aft, with freestanding furnishings, does. You can dine, sunbathe, or just lounge out here.

You could argue that “Super” refers to other parts of the Princess X95. Take, for instance, the area forward of the wheelhouse. A U-shape seating area and hot tub are on the same level as the rest of the upper deck. Since the main deck extends entirely below this, the megayacht has a nearly 59-foot-long (18-meter-long) main deck. Princess has a few interior configurations as conversation starters. One puts a master suite forward, taking advantage of the 270-degree views. Yet another puts a private cinema forward. A third features an entirely open-plan deck, including a chef’s kitchen. Regardless, the full-height glass makes the 22-foot (6.71-meter) beam more inviting.

The Princess X95 also embraces operational proficiency. The builder says her deep-V hull design, with a wavepiercing bow, is 15 percent more efficient than typical deep Vs. That hull design extends farther aft than normal, too, a bit below the swim platform. While Princess doesn’t provide anticipated range, it does say the megayacht should take owners farther, with about 3,540 gallons (13,400 liters) of fuel. Top speed at half load should be 24 to 26 knots as well, with MAN V12 engines.