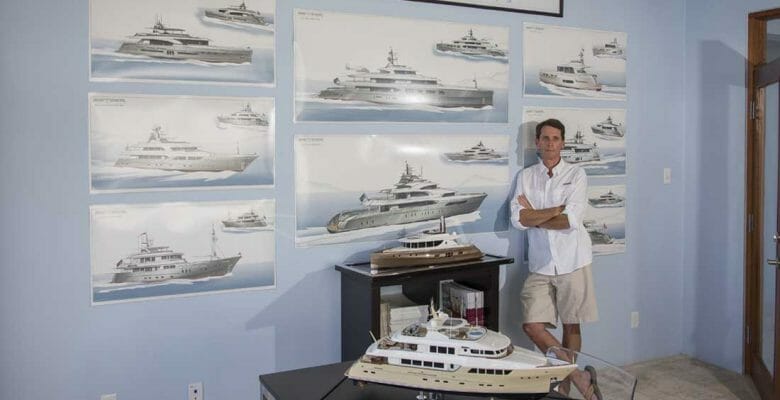 Three decades after he first started working there, Ward Setzer is back working with Hatteras. The longtime naval architect and designer is serving as Chief Product Officer. As such, he is overseeing changes to existing yacht and megayacht models and spearheading the design of new ones.

The North Carolina-based builder may be best known for its lineup of sportfishing convertibles and express boats. However, Hatteras also has motoryacht models ranging from 60 to 105 feet (18.3 to 32 meters). These include the M90 Panacera (below), as well as the M75 Panacera, both of which will appear at next month’s Miami Yacht Show.

Setzer started in yacht design in 1984 in the Florida studio of the renowned late Jack Hargrave. Two years later, he began managing the custom-yachts division of Hatteras. As the years passed, so, too, did the projects grow. Hatteras expanded its model range to include a 92 and a few others to a 130. Setzer decided to branch out on his own in 1991, establishing the precursor to his current firm, Setzer Yacht Architects, in North Carolina. Interestingly, while yachts were among its designs, the company also designed medical products and sporting goods. Throughout the 1990s, Setzer and his team penned various sizes of yachts for various shipyards worldwide. 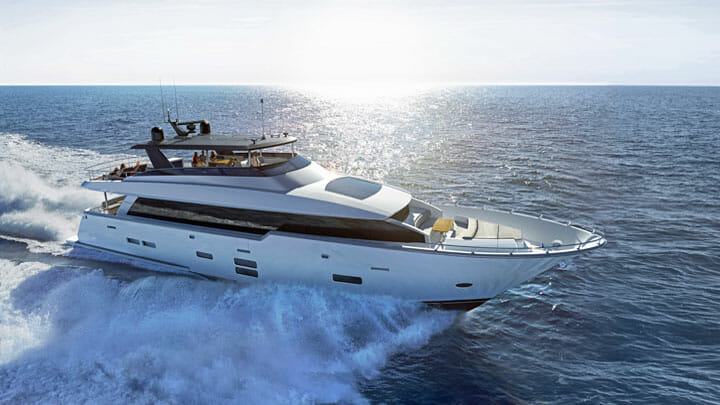 By the time Setzer’s studio celebrated its 25th anniversary in 2016, it had resettled in Stuart, Florida. It also had seen more than 800 deliveries from more than 60 shipyards. Design styles and configurations changed as well. Setzer Yacht Architects has seen yachts to 240 feet (73 meters) hit the water.

“I have had the good fortune to build a rewarding career in the design and construction of luxury yachts on a global scale, and yet for many years have hoped to help Hatteras take back its legendary leadership role within the marine industry,” Setzer explains. “I am excited to share what I have learned, (and) welcome the challenges ahead.”

Hatteras, which launched 10 new models over the past five years, wishes to “accelerate this pace,” according to Kelly Grindle, president and CEO. Furthermore, he says, the company anticipates Setzer will be “pushing the boundaries of design and innovation as we expand our offering and drive continued growth.”