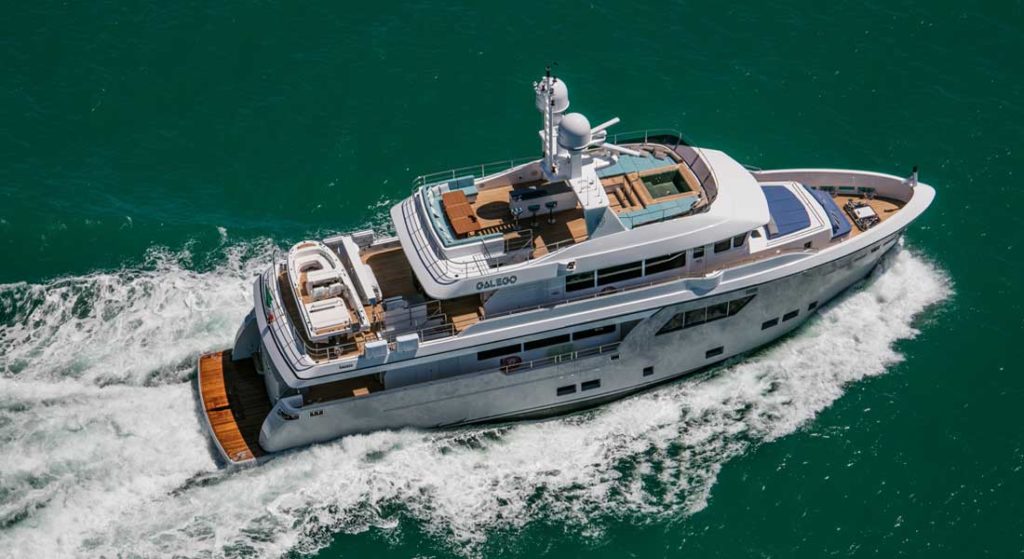 Due to nearly one-quarter of its customers being repeat clients, Cantiere delle Marche (CdM) knows these owners want to sell their current yacht before taking delivery of the next. In assisting several of them over recent months, the shipyard decided formally to add the service, the CdM Pre-Owned Sales Department.

Naturally, the CdM Pre-Owned Sales Department is only selling the yard’s own deliveries. In addition, and importantly, the division is not trying to work around brokers. “We are not brokers, and we don’t want to be considered as such,” explains Carlo Aquilanti, the division’s sales manager. “We work in close cooperation with the worldwide brokerage community, and we are very happy to support them in case one of their clients is looking for a boat with the specifications of the like of Cantiere delle Marche.”

Vasco Buonpensiere, CdM’s co-founder and sales and marketing director, likens the division to an extra service for current owners. “CdM’s Pre-Owned Sales Department works as an intermediary to find a new owner who takes over a yacht…with the same passion and enthusiasm of its first owner,” he adds.

Similar to other shipyards that created pre-owned sales divisions, CdM will inspect and test all systems and machinery in need of maintenance. Once the equipment meets its standard, the shipyard will then promote the megayacht for sale. When an interested buyer steps up, the CdM Pre-Owned Sales Department will work with him or her, too. Specifically, buyers get a dedicated project manager to advise about technical issues, for instance, as well as changes. In addition, the shipyard’s interiors department can consult regarding design alterations. Finally, the staff will assist with regulatory and administrative filings.

CdM can already point to four yacht sales where it provided assistance, before officially launching the division. They include a Nauta 86, a Darwin 86, a Darwin 96, and a Darwin 102 (the latter model shown above). The shipyard says it took between two and 10 months for each to sell.