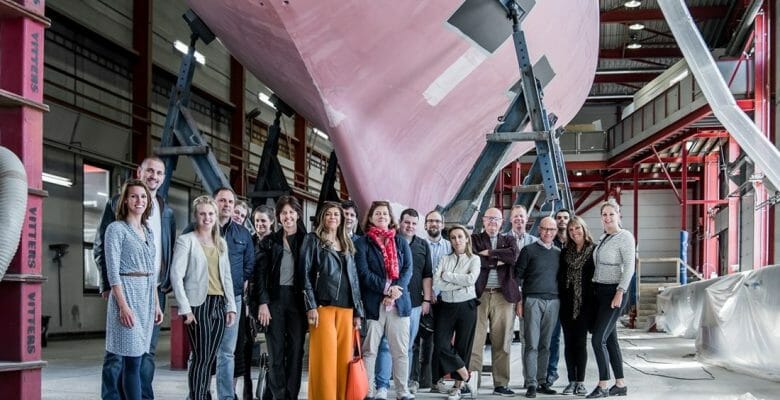 If there’s one thing Vitters Shipyard hasn’t done in nearly 30 years in business, it’s maintain the status quo. Guided by a culture focused on giving owners exactly what they dream of, the Dutch builder thrives on creating high-tech solutions to realize them. We received a first-hand look at some of these during a yard tour in May (above).

More recent builds include Svea (143 feet/43.6 meters), the largest-ever J Class yacht. Delivered in 2017, she features a carbon and teak deckhouse and an expanded wheel for better visibility when racing. Two years prior, Vitters completed Unfurled, (150 feet/46 meters). Designed by German Frers, this sailing superyacht features a canoe body fitted with twin rudders and a telescopic keel for fast upwind speed. Then, of course, a collaboration with Oceanco produced Aquijo (279 feet/86 meters, above) that same year. She is the world’s largest high-performance ketch. Vitters says her lifting keel is the largest ever designed, too, with 220 tons of lead and a 38-foot (11.6-meter draft).

The yard has two projects nearing completion. One is a Hoek-designed, 164-foot (50-meter) aluminum performance ketch. She’ll have three cockpits: one aft for the owner, a crew cockpit forward, and a main cockpit amidships. Furthermore, this classically styled yacht, featuring a carbon rig, sees delivery later this year. The second project is a 75’5” (23-meter) motor chase boat, Stargazer. Launched in April, she’s the first collaborative build with Claasen Shipyards, which Vitters acquired in 2016. Designed to serve a sailing superyacht, Stargazer (below) will ferry guests to the main yacht as well as allow access to shallow diving areas. She can run for 750 miles at a cruising speed of 15 knots. Top speed is 25 knots. 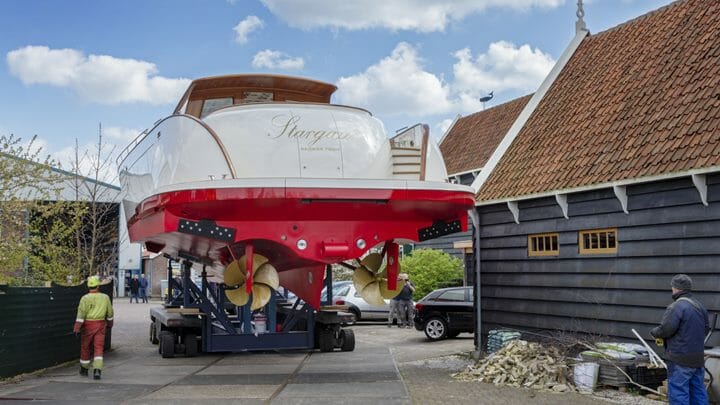 In addition, Vitters plans to open a new service facility, aptly named Vitters Service. While it’s done refits in The Netherlands previously, it intends to offer refit capabilities and maintenance to its own clients plus other yacht owners in the Med. Specifically, Vitters Service is at STP Shipyard in Palma de Mallorca. Vitters is staffing it with its own technicians. The facility can accommodate yachts up to 393 feet (about 120 meters) and has five travel hoists, the largest with a 700-ton limit.