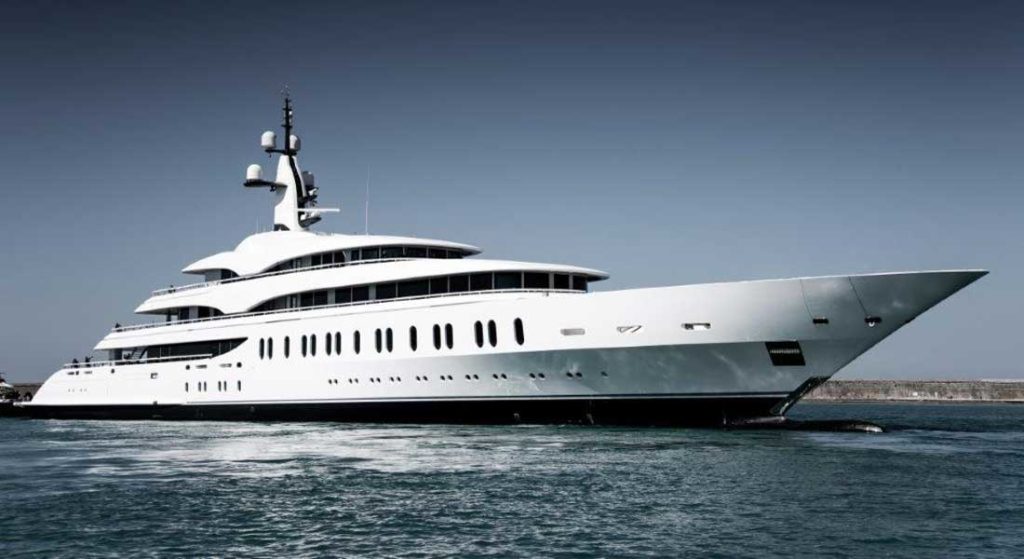 The biggest of the three “giga yachts” that Benetti was building for the past few years had her official hand over today. With an LOA of 354 feet (108 meters), IJE is also the largest-ever yacht from the Italian builder, in more ways than simply LOA.

Understandably, the physical size of a yacht is the first thing anyone notices. However, it isn’t the only important factor. Consider, for example, the volume aboard IJE. It comes in at 3,367 gross tons. It’s exponentially greater than that of the volume of Benetti’s previously biggest boat, Kingdom 5KR. The 282-footer (86-meter) has a 1,768 gross tonnage.

In addition, IJE’s fuel tanks hold an impressive 91,139 gallons (345,000 liters), providing a range of 6,500 nautical miles at 14 knots. Furthermore, the megayacht has an electric Schottel pump jet, not just twin MTU diesels. Therefore, she can cover some distances when wanted solely on electric propulsion.

Delivered 40 days before her due date, IJE features interior design by the shipyard’s team with styling and decor from RWD. Adrian Chisnell, RWD’s team principal, calls particular attention to her sweeping curves. “Many years in development, the exterior lines were created to portray a purposeful and powerful stature, yet with a timeless, flowing silhouette,” he says. Upwards of 10,764 square feet (1,000 square meters) of alfresco space alone is onboard, too. This includes a main-deck pool and a fire pit on the bridge deck. Meanwhile, the owner can enjoy private dinners under the stars on the dedicated owner’s deck.

Benetti has two more “giga yachts” to deliver this year. FB277 comes next, with FB272 in a few more months.