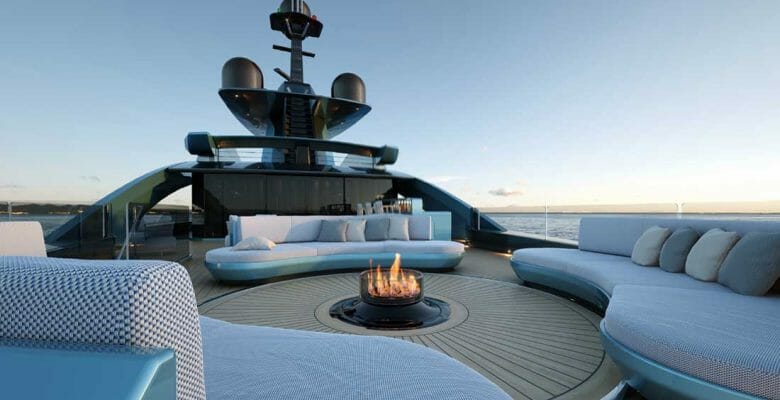 The next Tankoa Yachts project carries, appropriately enough, a name with “Next” in it. She’s the Next 70, a 230-footer (70-meter) that additionally offers buyers something intriguing. Three superstructure designs are available, to ensure distinctly different-looking yachts. All the while, they employ the same technical platform.

Like the first two deliveries from Tankoa, namely Suerte and Solo, the Next 70 bears styling and general arrangement by Francesco Paszkowski. She shares their vertical bow, something that Tankoa says will appear on future designs, too.

The views here are of just one of the superstructure styles available. Note, for example, the S-shape lines of the superstructure stretching from the aft deck to the uppermost deck (below). This makes for elongated aft alfresco areas. Paszkowski and Tankoa Yachts consider them much like terraces. Though it’s tough to discern, frameless glass rims each of these “terraces,” to preserve the views while providing safety. 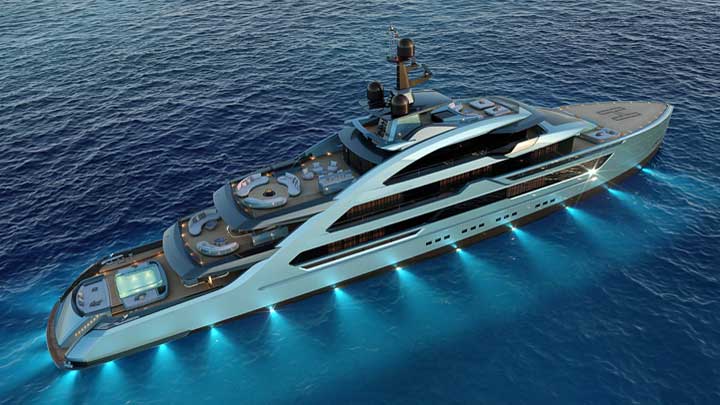 Tankoa hasn’t released the other superstructure styles. However, the Next 70 does offer a foredeck helipad and direct access to it via the master suite in all of them. Also in all of the designs, the Next 70 provides owners and guest with the creature comforts they’ve come to expect. For instance, the megayacht has a large pool on the main aft deck, plus a private pool for the owners. The beach club, meanwhile, contains a spa with a sauna and hammam. And, of course, a sundeck perches at the very top of the yacht, providing a lot of privacy.

The Next 70 also, though, has plenty of pleasant surprises. For example, the master suite spans two decks, the main and upper levels. It’s therefore nearly 1,615 square feet (150 square meters). It additionally has private balconies, plus a private gym, a panoramic lounge, and a dining area that alternately can serve as a meeting room. Yet another nice feature of the suite, a skylight over a private stairway. 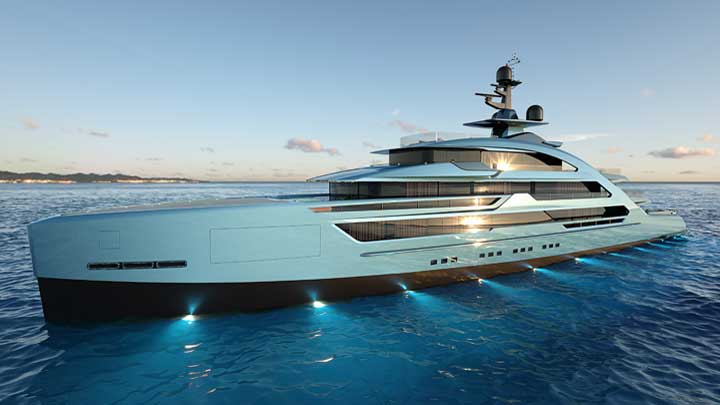 As unconventional as all of that is, the Next 70 takes an unconventional approach to guests’ suites, too. In fact, two VIP suites sit on the upper deck, where you might expect the skylounge to be. (Instead, the lounge is on the bridge deck.) Two more guest accommodations sit on the main deck, with the final two below decks. All guests get use of a gym below decks as well.

The 38-foot-beam (11.6-meter-beam) boat caps things off with a shower integrated into the mast on the sundeck.

Tankoa Yachts anticipates the Next 70 seeing a cruising speed of 16 knots at half load. Twin Caterpillar engines should permit transatlantic range at 12 knots.