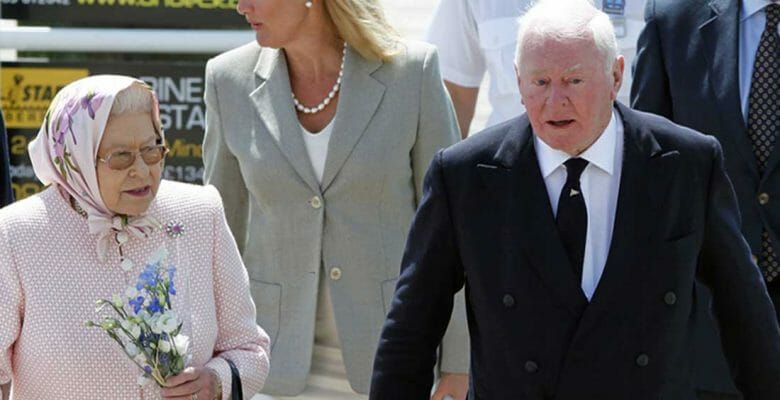 Sir Donald Gosling, a British businessman and longtime benefactor of the British Royal Navy who named his superyacht after a World War II warship, died on September 9. He was 90 years old.

Born in March 1929, Gosling became infatuated with boats and ships during his childhood. He joined the Royal Navy toward the end of World War II, in 1944. The warship aboard which he served, HMS Leander, had a profound impact upon him. Gosling therefore donated generously to the Royal Navy and supported sea cadets, naval officers and their families, as well as veterans for decades. In fact, through the Gosling Foundation, he helped pay for training opportunities around the world. The foundation also paid for mess facilities aboard ships. At the time of his death, Gosling was an honorary Vice Admiral of the Royal Navy.

Gosling’s significant charitable donations stemmed from his success in establishing a parking-garage company. Opened in October 1948 as Central Car Parks, the company set up shop in a bombsite in central London. It later became National Car Parks, spreading across the country. It became one of England’s most successful businesses by the 1990s.

That financial success allowed Gosling to become a yacht owner, too, starting in the 1950s. He built his first custom yacht in 1960, a 75-footer (22.9-meter) christened Silver Goose. “Goose” adorned the transom of subsequent yachts as well, though with a twist. He switched to Brave Goose for a 115-footer (35-meter) in the 1970s. A second Brave Goose came in 1986, measuring 137 feet (41.7 meters). Still owning that yacht, Gosling soon acquired an even larger yacht, the 160-foot (48.8-meter) Katalina.

However, Gosling is arguably most famous in yachting for owning Leander (above, later Leander G). He took delivery of the 246-footer (75-meter) in 1992, a time when few superyachts were such a significant size. She was one of the first yachts from Germany-based Penne-Werft, a commercial shipyard. Bearing a classic navy-blue hull, the superyacht was every inch a fine English country home inside. Gosling delighted in welcoming royalty aboard, including Queen Elizabeth II (above). He also made Leander available for charter. Gosling sold the yacht in 2016. She now bears the name Nafisa.