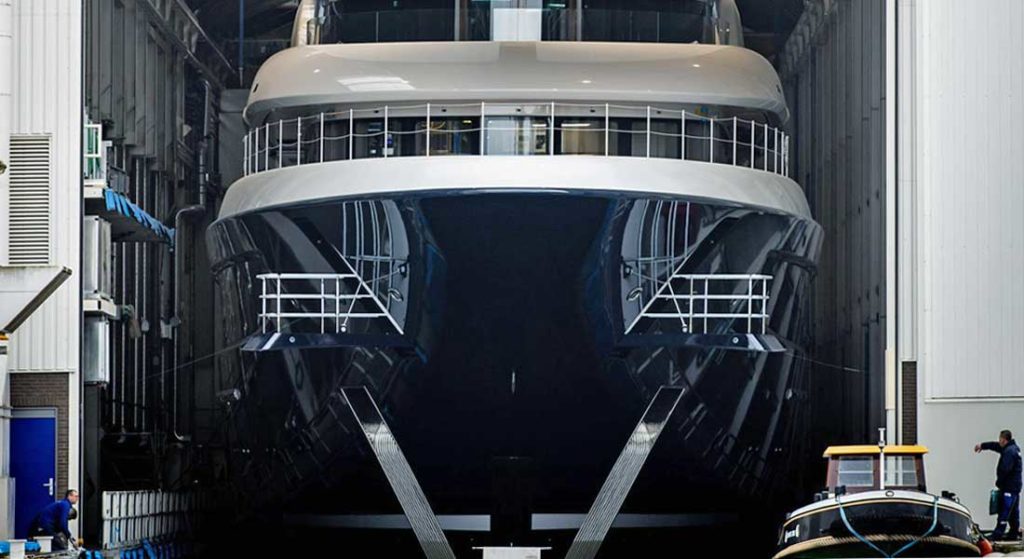 Coming in at 239 feet (72.85 meters), the blue-hulled Podium left Feadship’s Aalsmeer shipyard for Rotterdam on May 18. This video footage shows her during her performance tests. Interestingly, Feadship captured Podium returning from sea trials this past Thursday, May 28, too. Coincidentally, she crossed paths with another one of its builds, Arrow, which was heading out on her maiden voyage and the focus of the yard’s video attention.

Podium, of course, is still getting plenty of attention. She belongs to a repeat Feadship client who has enjoyed cruising for many years. She bears several special custom touches, too, as you would expect. Although, some of the requests are uncommon. For instance, the megayacht has glass deck railings, with teak caprails. Inside, meanwhile, RWD gave the owner abundant high-gloss eucalyptus wood.

On launch day back in February, the owner’s project manager, Gerhard Dekker, said Podium was “exceptional.” Additionally, he mentioned, “It may be a cliché but I truly believe that it takes a team to build a dream.”