You are here: Home / Charter & Cruising / WATCH: Amevi 1st Yacht Back in Indonesia Under COVID-19 Clearances 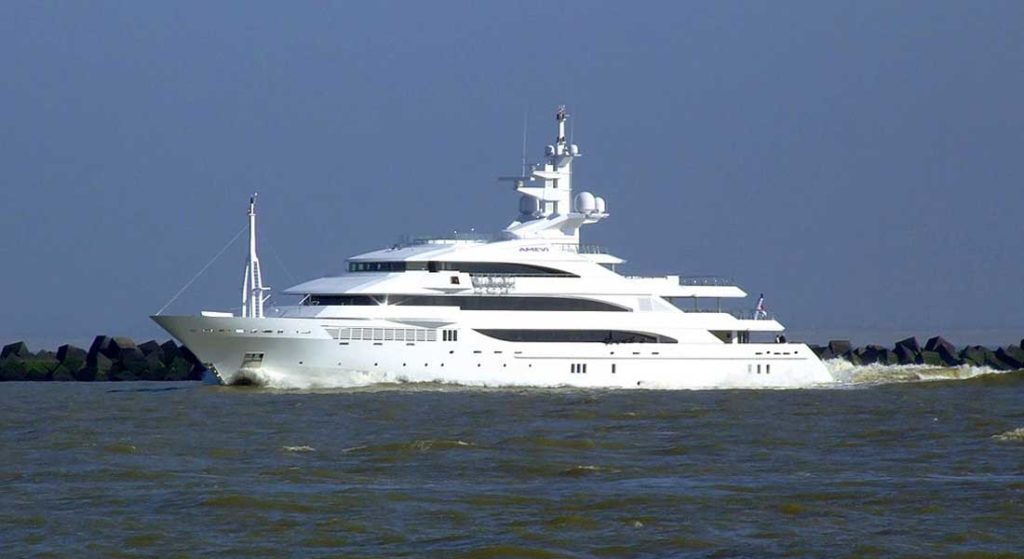 Countries around the world are gradually welcoming back tourists, by land and by sea. Amevi became the first yacht that Indonesia permitted into the country during the pandemic, further serving as a template for others that wish to visit, too.

The crew and owners’ team behind the 262-foot (80-meter) megayacht worked with the agents at Asia Pacific Superyachts Indonesia to request permission. Provinces make up Indonesia, and regencies make up its provinces. Therefore, the agents first contacted the local regency for Belitung, the island where the yacht wished to arrive. Just east of Sumatra, Belitung has a colorful main harbor, beaches with calm waters, and coral reefs dotting its outer islands. While the local officials were willing to welcome the yacht, no COVID-19 clearance protocols existed. So, Asia Pacific Superyachts Indonesia agents created procedures based on best practices and submitted them for approval.

It worked. Thomas Taatjes of Asia Pacific Superyachts Indonesia’s general manager, says, “Belitung departments were very grateful to host a large superyacht,” likely the largest-ever at the island. Even the local wildlife welcomed Amevi, too. “While riding the local rental boat out to Amevi for clearances, we were escorted by a pod of dolphins and lots of turtles!” Taajes adds.

You can see some of the clearance procedures in the video above, from local media. Customs and immigration officials checked each crewmember’s passport and visa. Asia Pacific Superyachts Indonesia secured visa for crewmembers via embassies in Australia, the United States, England, Greece, Spain, Thailand. The crew then either flew in or arrived aboard Amevi with their visas. Amevi arrived from Singapore via Bali.

Since the arrival took place earlier this month, some of the crew have departed on leave. Therefore, other crewmembers filling in for them needed clearances, too. The yacht agents secured COVID-19 tests, further ensuring results would come within six hours to maintain rotation schedules. Taatjes says that overall, the crew provided positive feedback, satisfied with the smoothness of all the clearances. Additionally, he says, the crew enjoyed “the beautiful offshore islets and beaches of Belitung and the friendly local people.”

Following the experience of Amevi, the local government released a statement. It reads, “Now all ports in Indonesia are open for yachts, provided they follow the protocol as per those set out by Amevi and Asia Pacific Superyachts Indonesia.”