You are here: Home / Videos / A Time-Lapse Look at Boardwalk, by Feadship: Sunday Superyacht Video 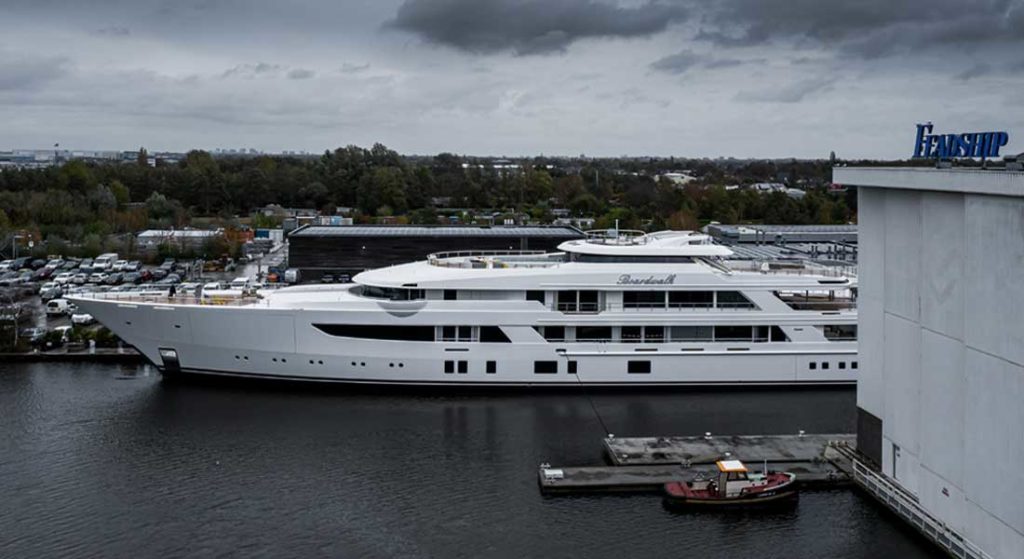 When does it take just two and a half minutes to build a major megayacht? When the shipyard edits down about two to three years’ worth of video footage, additionally turning it into a time-lapse look. Thanks to Feadship, we can enjoy the condensed construction for its 251-foot (76.5-meter) Boardwalk.

We, like the rest of the yacht-watching world, got our initial looks at Boardwalk last October. This was also when her nameboard became visible in the public eye for the first time. Previously, Feadship referred to her as Project 707, her hull number.

She’s far more advanced toward the end of this footage, of course. What the video doesn’t show, though, is Boardwalk leaving the Feadship facility in Aalsmeer and making her way through the Dutch countryside. She did this in early January, for her first set of sea trials. She headed out yet again to the North Sea earlier this month.

Feadship continues completing the megayacht, which should see delivery in several weeks. Thus far, the shipyard cannot comment on what the main amenities are. Nor can it reveal anything about the owner of the yacht. Regardless, word is that she belongs to an experienced American cruiser. He has owned several smaller projects over the years. This yacht is his largest to date, too, and will spend a lot of time in U.S. waters.