You are here: Home / Videos / The Redelivery of Yas: Sunday Superyacht Video 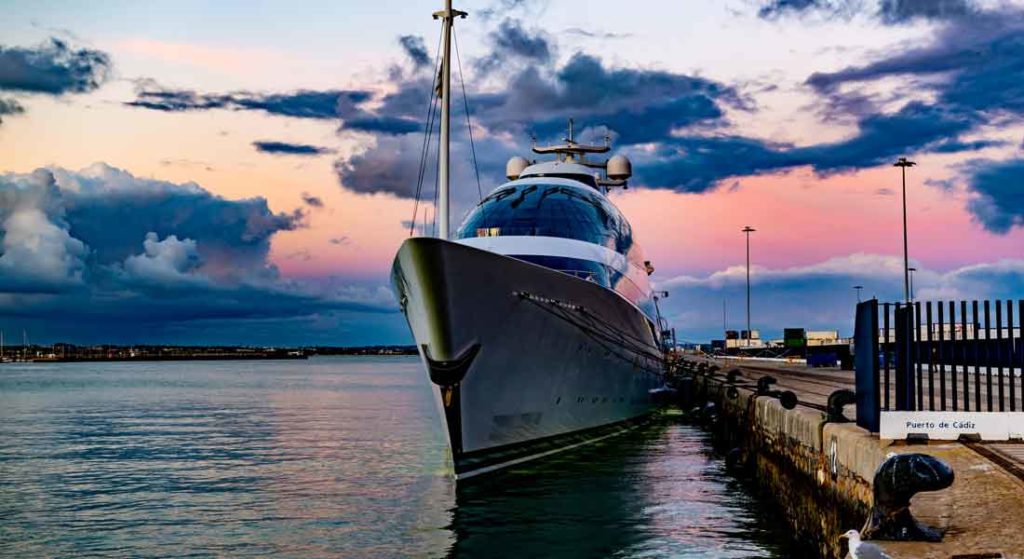 One of the largest private motoryachts afloat has completed a refit in Germany. The refit and redelivery of Yas, which specifically ranks among the 20 largest yachts of any kind in the world, has taken place rather quietly, too.

Yas (pictured above in Spain in 2018) recently departed the Hamburg facility belonging to Lürssen. While the shipyard released this video, it hasn’t revealed the scope of the work that took place. Regardless, one readily noticeable change is the elimination of the mast that previously arched aft on her foredeck.

Currently enjoying warmer climes, Yas has an intriguing history. The 463-footer (141-meter) first saw construction in The Netherlands as a naval frigate, for the Royal Netherlands Navy. She dates back to 1978 as such, and was initially 426 feet (130 meters) LOA, too. The United Arab Emirates’ naval force acquired her 20 years later, keeping her in its fleet until 2008. While it chose to de-commission her, this didn’t mark the end of her journey. Rather, she headed to Abu Dhabi Mar to be converted into a superyacht. Under the code name Swift 141, Yas relaunched in 2011. Her radical transformation, showing off extraordinary expanses of glass, came from the Pierrejean Design Studio, which drew inspiration from dolphins for her shapes.

However, it wasn’t until 2015 that the last tasks of her conversion actually came to completion. This work involved the interior, finished by Dubai-based Greenline Yacht Interiors, where accommodations take care of 60 and a crew of 56.

Interestingly, this is not the first redelivery of Yas from the Hamburg site—though it is the first under Lürssen. Previously, the massive megayacht visited the location in 2016, while it was still the Blohm+Voss yard. Coincidentally, that same year, Lürssen acquired the yard.

The site has been part of Lürssen’s targeted refit efforts ever since. For instance, Dilbar arrived there last summer. Additionally, Kaos, ex-Jubilee, departed the yard with extensive design changes this past autumn.