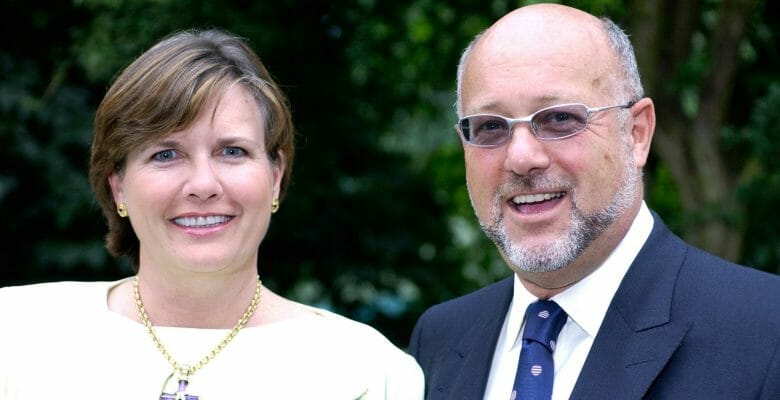 Born in England in 1944, de Savary developed the proverbial Midas Touch as an entrepreneur at an early age. He made his first million, establishing an import-export business in Nigeria, when he was 30. He continued to invest in a variety of businesses in diverse sectors in the ensuing decades, too. These included oil and shipping. However, de Savary earned the most renown from hospitality-oriented businesses. In fact, he established the St. James’s Club resorts in the late 1970s. The location in Antigua regularly attracted, and continues attracting, yacht and superyacht owners and their vessels. Additionally, he was responsible for establishing Port Louis Marina in Grenada in 2007. It soon became a southern-Caribbean superyacht hub.

Equally passionate about the water, de Savary owned nearly three dozen yachts in his lifetime. They included the 1906-built classic motoryacht Kalizma, the restored former tugboat St. Eval, and several sailing yachts like Gloria (below) and Silver Spray. He didn’t just cruise aboard them, however. He raced in regattas like the St. Barths Bucket aboard them, plus restored several of them. Arguably, among the ones most associated with de Savary is Vagrant. The American railroad executive Harold S. Vanderbilt took delivery of the 106-footer (32-meter) in 1913, a Herreshoff gaff schooner. In 2017, de Savary had Vagrant, then in quite poor condition, shipped to Royal Huisman for a 22-month restoration.

Further noteworthy on the yachting front, de Savary led the 1983 British challenge for the America’s Cup. The team ultimately lost to the Australian team in the finals of the Louis Vuitton Cup. And, finally, he helped establish the Pendennis shipyard, selling to the late Henk Wiekens and Mike Carr in 1993.

In a statement to the media, his family writes, “He was at his happiest smoking a large Cuban cigar, on a vintage sailboat with his trusty chihuahua by his side.” Furthermore, the statement reads, “Despite all his many achievements and succesess, he always maintained the most important thing in life was family.”

He leaves behind his wife Lana (pictured with him at top) and five daughters.