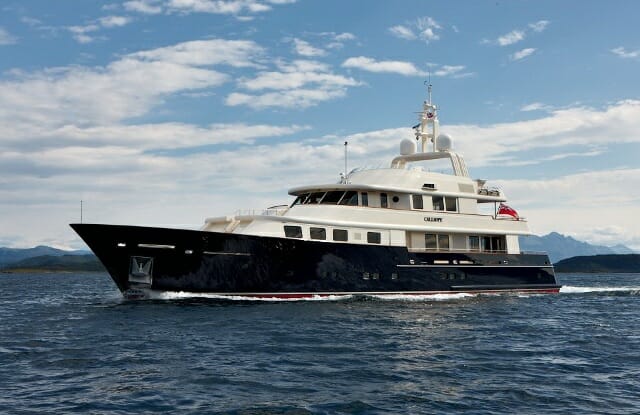 Following the death of company founder Bill Langan at the end of 2010, Langan Design Associates is carrying on under a new name, but no less committed to the spirit with which he started it.

Now known as Langan Design Partners, the naval-architecture firm is owned by Thomas Degrémont, Antonio Ferrer, and Samuel Howell. Each has been with the company for several years. Degrémont joined the team in 2003, serving as the lead designer on several projects. Among them: the refit and extension of a 130-foot Abeking & Rasmussen motoryacht, and the styling of a 180-foot motoryacht. Ferrer first met Langan as a colleague at Sparkman & Stephens and joined Langan Design in 1988. He’s had a hand in the 105-foot motoryacht Cassiopeia, the 145-foot motoryacht Calliope (above), and the styling of the 305-foot schooner EOS. Howell joined Langan Design when it was founded in 1997 and has contributed to both sailing and motoryachts, including custom and production projects. Among these is the 130-foot ketch Victoria of Strathearn.

In a statement, Howell says, “It is an honor for our team to carry on in Bill’s name, continuing with our collective commitment to delivering exceptional designs.” He adds, “Each of our designs is a true reflection of the owner’s vision, a product of an in-depth and meaningful collaboration.”