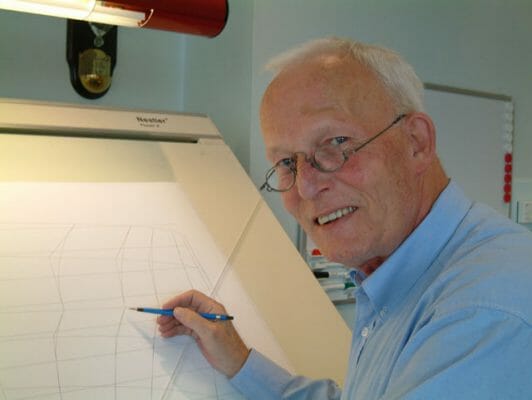 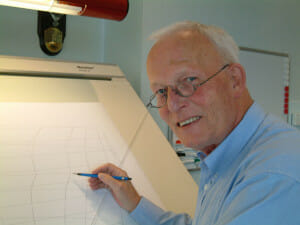 Few, if any, yacht owners and their representatives are unfamiliar with Vripack. From the famed Doggersbank series of yachts to individual custom yachts like the 1995 Palmer Johnson build Turmoil and more, Vripack has made a significant mark on yachts and megayachts worldwide.

Indeed, over the past 50 years, Holland-based Vripack has grown from a one-person design studio, founded by Dick Boon on his own boat, to a full-service yacht design, engineering, naval architecture, and brokerage house populated by several specialists in each division. Vripack has also grown from a company where Boon literally drew each yacht by hand to one where computer-created 3D models spin and swirl on PC screens. (Interesting enough, though, even the young guns of Vripack still hand-sketch initial ideas.)

Rather than follow our usual Q&A format, for this Leadership Series we decided to present this historic video, filmed in May, featuring Boon and two other generations of Vripack designers. Joining Boon are Bart Bouwhuis, director of design, and Pim Dijksman, designer. You’ll learn how Boon adjusted to the growing use of computers in the art of design, how technology has dramatically saved build time, and how today’s yachts are far more complex than ever before.

UPDATE, NOVEMBER 3: The International Superyacht Society granted Boon the ISS Business Person of the Year award, in recognition of his contributions to the yachting industry. Boon sent the following note of thanks to the ISS, as he was unable to accept the award in person:

Designing yachts has been my greatest passion since childhood. Perhaps it is because the world consists out of more water than land, or perhaps it is because my ancestors lived on a small island called Texel, where they already worked in the shipping industry. I feel lucky because I was able to make a profession out of my passion. I am therefore especially pleased that my work has been noticed and  that I have been nominated for this award and I feel honored by the jury’s appreciation.