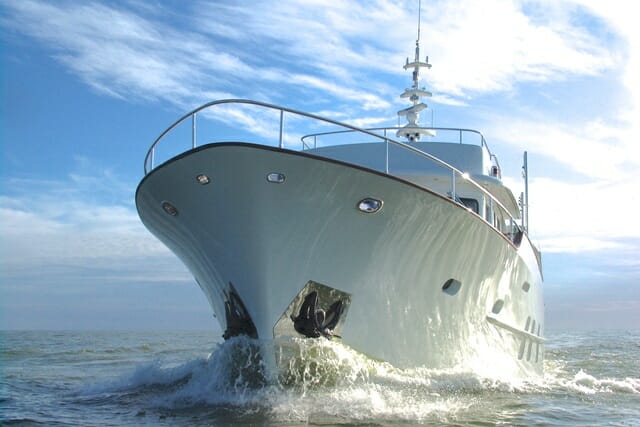 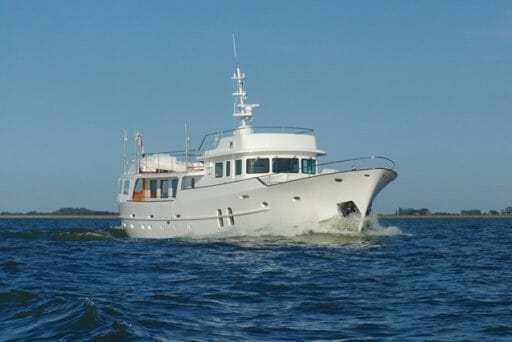 One of the smallest and oldest Feadships afloat, the 84’6” (25.8-meter) Din-Dina, just got a major makeover by her builder after being discovered abandoned and in derelict shape. She’s been relaunched and is now chartering as the megayacht Sultana.

Din-Dina was built in 1969, owned by an Italian who kept her in Monaco. The megayacht went through a few owners and name changes over the years. One subsequent owner, a Russian, commissioned a refit in Italy in 1999, but things did not go exactly as planned. When the hull paint was stripped, several steel plates were revealed to be in bad shape. Worse, the sandblasting process used to remove the paint created holes in some of them. The added expense to bring the megayacht back to proper standards, and a dispute with the shipyard, caused the owner to sue the shipyard. It was settled in the owner’s favor, and the megayacht was moved to a French shipyard. But, by that point, the owner’s patience seemed to have run out, as he abandoned the project and bought another yacht.

That same shipyard is where Kees van den Hoek, a Dutch national, discovered the megayacht in 2007. He found her lines to be quite pretty, and after learning more about her history thanks to a mechanic, he decided to buy her, with a friend. Initially the idea was to salvage the original Gardner engines for another project, but van den Hoek and his friend changed their minds.

Given connections with various independent craftspeople, Sultana, as they decided to rechristen her, gained a fully repaired hull and working engines. The team did everything from locate parts on eBay to literally comb through a pile of discarded parts in the corner of the Italian shipyard where so many hardship had befallen the former Din-Dina. 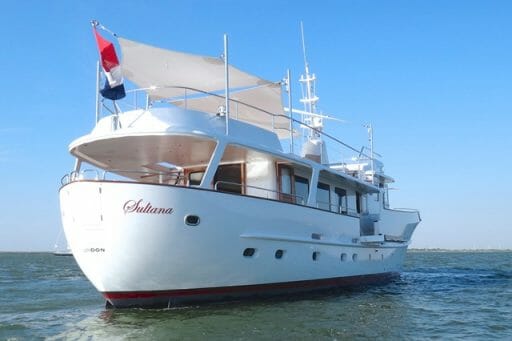 For the rest of the refit, van den Hoek was convinced it had to take place in Holland, “being (that) a Dutch full-blood Feadship deserves only the best,” he wrote in a blog started in 2009, a year after the yacht arrived in the country. Conversations with a few companies took place, and eventually Sultana arrived at Feadship’s Makkum refit facility. The same team that refitted a slightly smaller Feadship, Serena, was brought in for Sultana.

A huge helping hand came courtesy of Hulb de Vries, who had retired from daily operations at Feadship’s Royal de Vries yard but knew a lot about Sultana. According to van den Hoek, de Vries pulled together 16 boxes of documents, archives on both that megayacht and a sistership. “Going through these boxes was like traveling in time…I recognized her systems, her lines, her everything,” van den Hoek wrote.