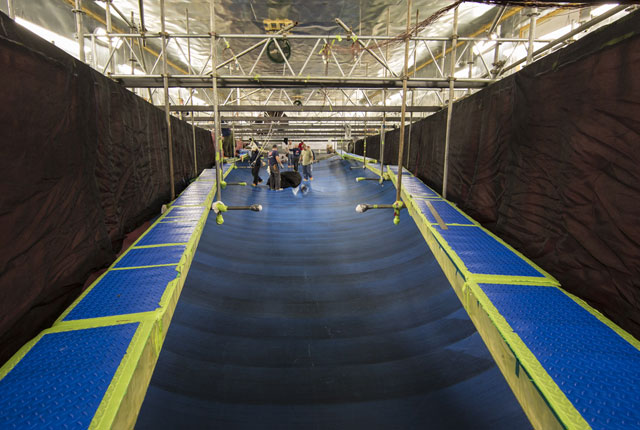 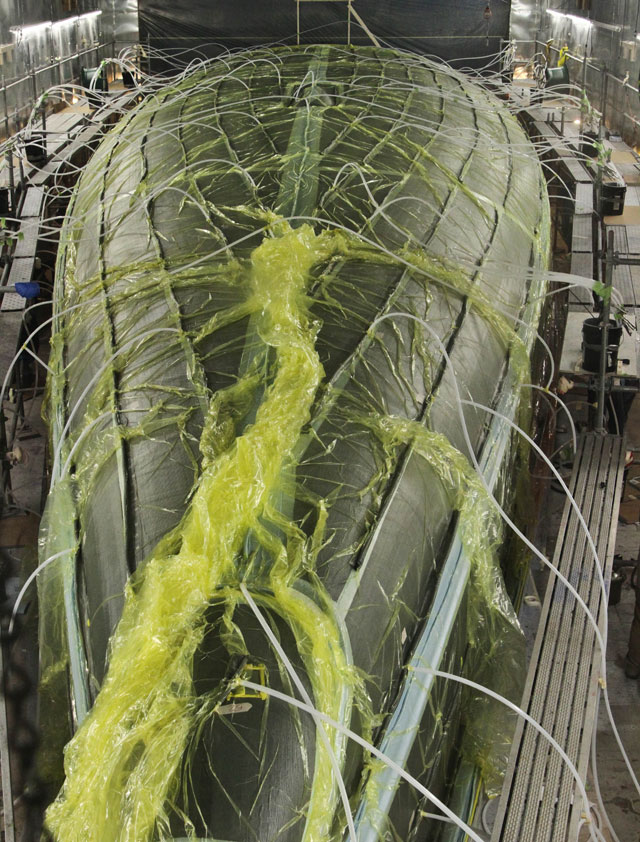 If you’ve ever wondered what hull infusion looks like, this is it. It’s a 100-foot (30.5-meter) carbon fiber hull mold at Hodgdon Yachts. It’s notable for a few reasons. It’s among the largest single-hull infusions done stateside. It’s also among the largest of its type worldwide. And, we’ve learned, this Hodgdon Yachts project is for Jim Clark, to smash some records.

Hodgdon Yachts did not respond to our request to confirm that Clark is the owner. However, Ken Read, president of North Sails Group and an accomplished sailor who further helms some of Clark’s yachts, has revealed details in a few published interviews. The Hodgdon Yachts project is a 100-foot super maxi, code named NewCubed. Naval architecture is from Van Peteghem Lauriot Prévost (VPLP) and Guillaume Verdier. VPLP and Verdier, each accomplished studios, have previously collaborated on racers.

Read refers to Hodgdon Yachts and the construction consultants as a “SWAT team.” Thirty-two people have had input into the design and build so far. Tim Hodgdon, Hodgdon Yachts president, says in a statement that there’s been “formidable” planning and organization. He further notes that Tim Hacket and Brandon Linton are involved. Hacket and Linton both contributed to Read’s Volvo Ocean 70 racers.

While some design details are still being finalized, expect Clark and Read to try to break the Transatlantic record with the Hodgdon Yachts 100 super maxi. “This boat isn’t for around the buoys,” Read tells Sailing World. “We want to tick off every major race.” The Rolex Sydney-Hobart Race later this year is also on the agenda. Clark and Read may even try to set a new nonstop, round-the-world record. “You don’t build a boat like this without throwing something like that on the table,” Read tells Sailing World.