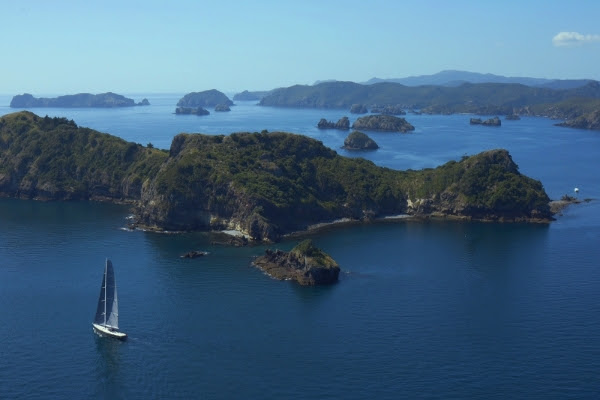 If you’ve always wanted to cruise in New Zealand, you’ll be welcomed with open arms more than ever. Tourism New Zealand, the country’s marine industry, and more are jointly producing a promotional campaign to attract megayachts. It’s known as the Destination New Zealand Superyacht Attraction Initiative.

NZ Marine, the yachting-trade organization, has long had a Destination New Zealand campaign. It provides information for yachts and megayachts alike. Some other organizations have had similar programs over the years. So, they’ve all combined forces for the Destination New Zealand Superyacht Attraction Initiative. Besides the above-referenced groups, the partners are New Zealand Trade and Enterprise as well as Auckland Tourism Events and Economic Development (ATEED).

Destination New Zealand Superyacht Attraction Initiative partners will attend boat shows and send media updates. The cruising grounds and superyacht-sector companies will be promoted. A number of superyacht builders, refit yards, and other manufacturers are based in New Zealand, for example. They include Alloy Yachts, Yachting Developments, and Southern Spars. In addition, the famed Millennium Cup regatta is held in New Zealand. The next race is from January 21 to 23, 2015 in Auckland. Auckland is where most overall megayacht activity occurs in the country.

They feel confident for a few reasons. One is the growth of the yacht-transport sector, which includes New Zealand in various itineraries. New Zealand builders and other marine companies are sought after particularly among sailing superyacht owners. Adventure-seekers have touted heading to the Southern Hemisphere and seeing the diversity of the New Zealand coastline. Further helping is the extension of the Temporary Import Entry. It’s a customs regulation governing non-consumable goods, including yachts. Visiting yachts can receive a temporary import entry to exempt their owners from paying duties if they aren’t used commercially or sold, and if they depart the country within a set time period. Until last December, that period was 12 months. It was extended to 24 months, retroactive to last July. NZ Marine heralded the move as a bolster to New Zealand’s marinas, refit yards, and more.