You are here: Home / Yachts / Motoryachts / Introducing the Westport 125 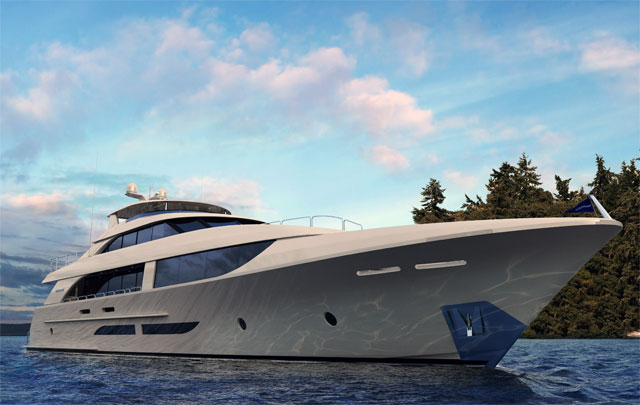 Here’s your first look at the Westport 125, which solves a “space versus size” problem for some current Westport megayacht customers. The same solution should hold true for owners coming out of other brands.

If you’re wondering why the Washington State builder would introduce the Westport 125 when it already offers the Westport 130, take a good look at the profile. This is a two-deck yacht. She’s a direct response to the discomfort some Westport 112 owners have expressed about stepping up to the next model. Indeed, according to Daryl Wakefield, president of Westport,” some clients are just not yet ready to jump to a trideck.”

Being a raised-pilothouse design, the Westport 125 allows for a feature a lot of the yard’s customers like: a big country kitchen. We wouldn’t be surprised, however, to eventually see an alternate main-deck layout include the master suite and a somewhat smaller galley. Westport has done that with the 112, after all. Outside, there’s a welcome foredeck seating area, a hot tub on the upper deck, and a hardtop-shaded seating area and additional helm. 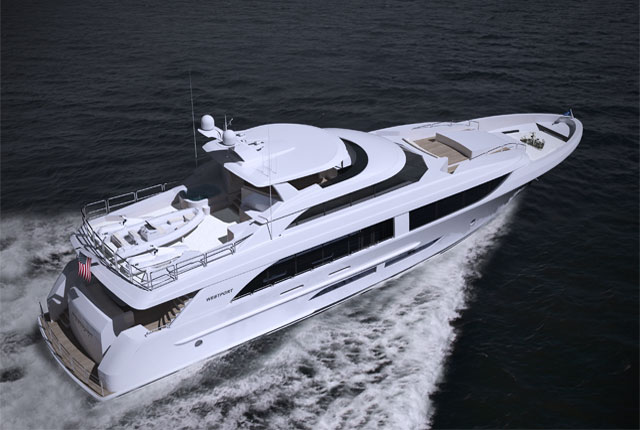 Below decks, the Westport 125 can accommodate six to eight guests, depending on desires. As the builder does with all of its models, non-structural bulkheads and rooms can be configured as clients so wish. So, for example, some buyers may want their Westport 125 to have a gym accompany three guest staterooms.

Whatever the configuration, buyers are also welcome to bring in their own interior designer or work with Westport’s team for fabrics, flooring, and stonework. Sapele mahogany wood is a standard selection for relaxation spaces. Crew areas receive anigre or beach wood. Westport also will equip the yacht with a Kaleidescape music and movie system. The 55-inch TV in the saloon, the 42-inch TV on the flying bridge, and the rest of the units in common and crew areas will naturally benefit.

Expect the Westport 125 to see a cruising speed of 20 knots and top end of 25 knots, under 2,600-hp MTUs. Good range should come along with that performance. Westport estimates best range around 12 knots: 3,000 nautical miles. Even at close to cruise, at 18 knots, the Westport 125 should see a 1,300-nautical-mile range.

For more information directly from Westport Shipyard on the Westport 125, please fill out our contact form.