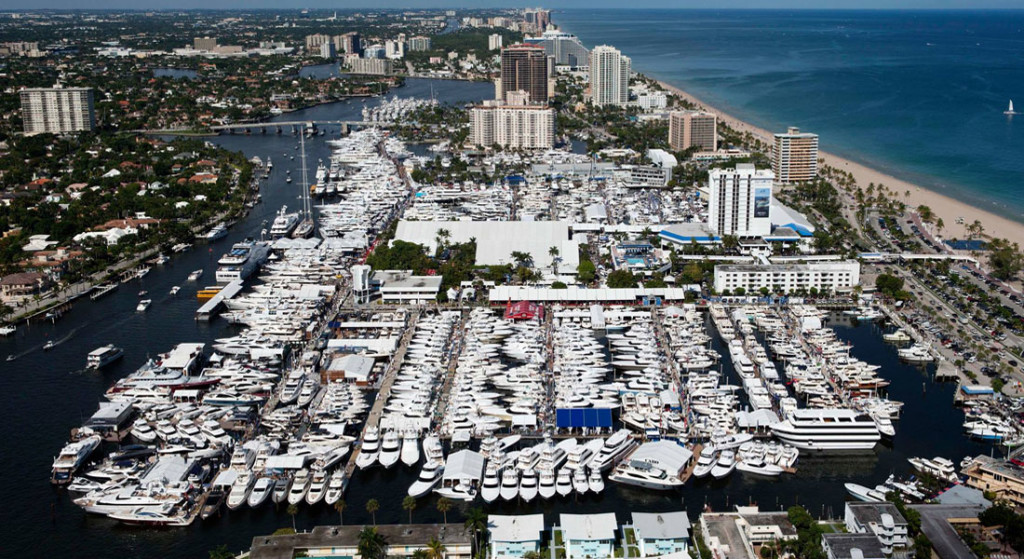 UPDATE, JUNE 17, 2016: The developer for the proposed changes to the Bahia Mar resort and marina has withdrawn the plan. The CEO sent a letter to the mayor of Fort Lauderdale and city commissioners today. He says the proposed lease terms and conditions wanted by the Fort Lauderdale International Boat Show producers “are not even close to being fair and equitable.” The CEO also says that the amended Bahia Mar site plan “barely makes economic sense.” The producers of the boat show conveyed disappointment. They say they have worked “diligently and in good faith with the developers and the city to advance a development plan that is mutually beneficial to the community, the Fort Lauderdale International Boat Show (FLIBS) and Bahia Mar.”

The withdrawal has no impact on the boat show’s current lease.

The site of the annual Fort Lauderdale International Boat Show (FLIBS) received a provisional green light for much-needed improvements. Those improvements to the Bahia Mar resort and marina include permanent structures to double as show exhibit space.

This week, Fort Lauderdale city commissioners voted 4-1 in favor of a proposed plan for Bahia Mar. The proposal includes restaurants, a public promenade, and two 29-story condo towers. It also includes a marina village with shops. Furthermore, a two-tier parking garage is another component. It will be transformed during FLIBS for exhibitors.

Commissioners are set to take a final vote next month. “I believe it’s really good for our marine industry,” Bruce Roberts, one of the commissioners, is quoted as saying by the Sun-Sentinel newspaper. “This is by far the best design that we’ve seen,” adds Efrem “Skip” Zimbalist III, head of Show Management, which produces FLIBS. The high overhead clearance of the garage will “look like art space, museum space, when we finish sprucing it up for the show.”

Discussions have been ongoing for years over how to redevelop Bahia Mar. The last leaseholder of the 39-acre site, of which 23 acres are dockage, received approval in 2011 to renovate it. However, that company, LXR Resorts, did not come to terms with the city of Fort Lauderdale on a lease renewal. LXR Resorts sold its lease rights to the current leaseholder, TRR Bahia Mar, in 2014.

Even with the tentative approval, TRR Bahia Mar still needs to negotiate a new lease of its own. It expires in four years. The company wants a 50-year deal, with a 50-year renewal. Fort Lauderdale’s mayor and other officials won’t consider renewing unless it secures a 30-year commitment from FLIBS. Fort Lauderdale’s mayor, Jack Seiler, tells the newspaper, “This to me is about the boat show.”