You are here: Home / Yachts / Motoryachts / S501 Hybrid Slips Into the Water at Tankoa Yachts 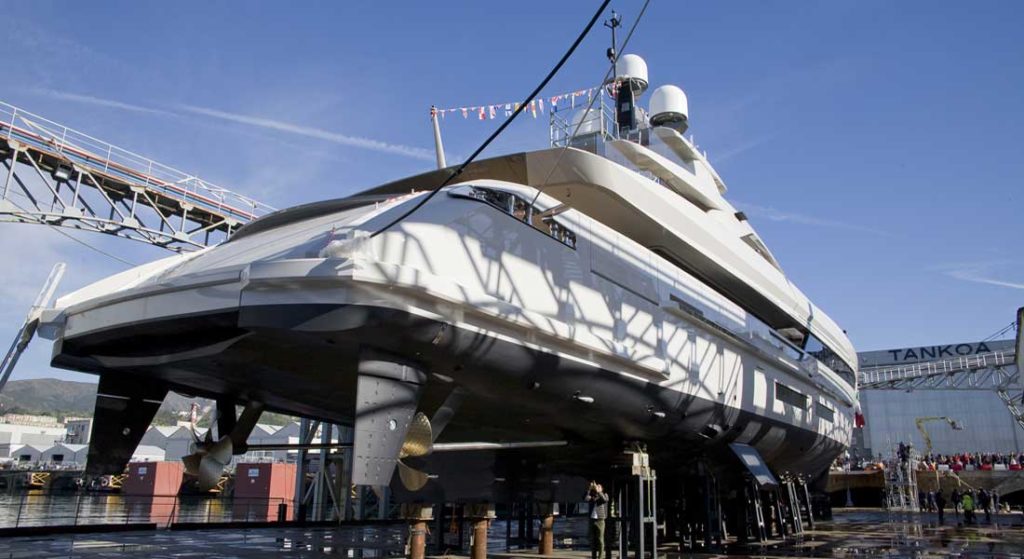 The megayacht previously known as S502 Elettra, in honor of her hybrid-propulsion package, has launched. Now called the Tankoa S501 Hybrid, she is a first for the Italian builder, while still retaining family aspects from prior launches.

She has family familiarity because the S501 Hybrid employs naval architecture and styling similar to that of Vertige, a.k.a. Tankoa S501. Common features include a plumb bow and a full-displacement hull, as well as all-aluminum construction. Styling for both comes from Francesco Paszkowski Design. In addition, the interior design for both yachts comes from Francesco Paszkowski Design and Margherita Casprini.

However, the S501 Hybrid, measuring 163’7” (49.9 meters), does differ. Instead of typical diesels, she has twin MTUs with two 300-kW electric motors, the latter powered by two variable-speed gensets. This allows for flexible operations. For instance, she can run in traditional mode, meaning just the MTUs engage. In this case, the megayacht should see 16½ knots, with the variable-speed gensets automatically adjusting as needed. Tankoa did not reveal the expected range, though. Alternately, diesel-electric mode allows the electric motors, with the variable-speed gensets, to push her reportedly to 10½ knots. The S501 Hybrid should further see 4,900 nautical miles at this speed. 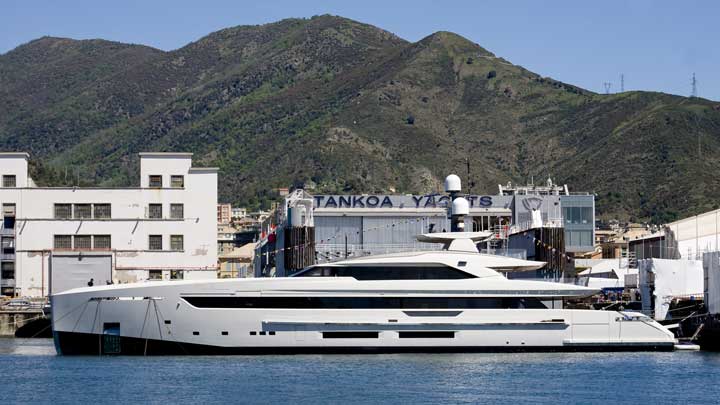 Two other operational modes exist, too. Hybrid mode means the shaft of one MTU turns both electric motors; no need for the diesel gensets. The megayacht should achieve 12 knots and a 4,000-nautical-mile range as a result. Finally, both MTUs and main gensets can power the electric motors and the hotel loads. Still, the yacht should see upwards of 18 knots max speed.

Other differences with the S501 Hybrid come down to the European owner’s choice. He wanted the galley on the main deck, versus the lower deck. He also wanted a touch-and-go helipad, which sits on the foredeck. Additional features he requested include a gym and beach club accompanying the four guest staterooms below decks. Décor-wise, Tankoa will only say that the yacht has a combination of tones, along with natural materials. Regardless, other features include hi-low tables on the sundeck, a welcoming lounging area on the foredeck, and a window that opens in the master suite. It complements a fold-down balcony, too.

The S501 Hybrid makes her formal premiere at the Monaco Yacht Show in September.