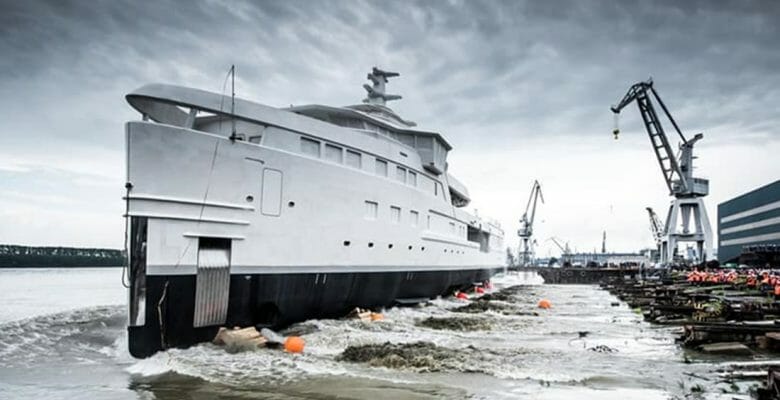 Heli-skiing in remote regions and additional adventurous passions from the decks of La Datcha are about a year from becoming reality. The rugged expedition vessel, the first SeaXplorer 77, launched this week from Damen Shipyards.

This 253-footer (77-meter) is a more tailored version of the SeaXplorer 75, one of a few models available in the SeaXplorer expedition yacht line. The series stands apart from other explorer yachts for a few reasons. For instance, and perhaps of primary interest, each yacht meets the IMO Polar Code. This special construction standard applies to vessels planning to operate in Arctic as well as Antarctic waters. A primary purpose is to ensure safe navigation, but also to mitigate impact on the regions’ sensitive environments. 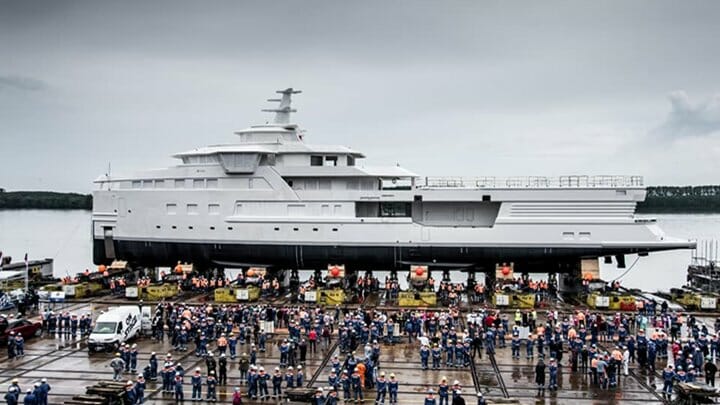 As for La Datcha, she will do more than just cruise ice-laden waters and other far-flung destinations. (Although, she will be capable of being independent of shore for more than a month straight.) As mentioned above, the owner is passionate about heli-skiing. Therefore, she has a certified helipad, so that a helicopter can whisk him and guests off to enjoy pristine powder. In addition, La Datcha is all-luxury inside, for the owner’s party of 12. A central glass elevator takes guests from their staterooms to the upper decks’ relaxation areas. (Neither Damen nor Amels, which markets the series on behalf of its parent company, have divulged the interior designer.) Furthermore, the owner has accommodations for more than two dozen capable crew, harbor pilots, and expedition staff.

The crew and expedition staff may join the owner and guests aboard some of the specialized tenders and support craft. La Datcha will carry a personal submarine, two aircraft, and several watertoys, in fact. Anyone who stays behind on the yacht can bid the others fun adventures from the crow’s nest.

La Datcha awaits more fitting out before delivery toward the end of next year. Some of the work will continue at a Damen shipyard in The Netherlands.