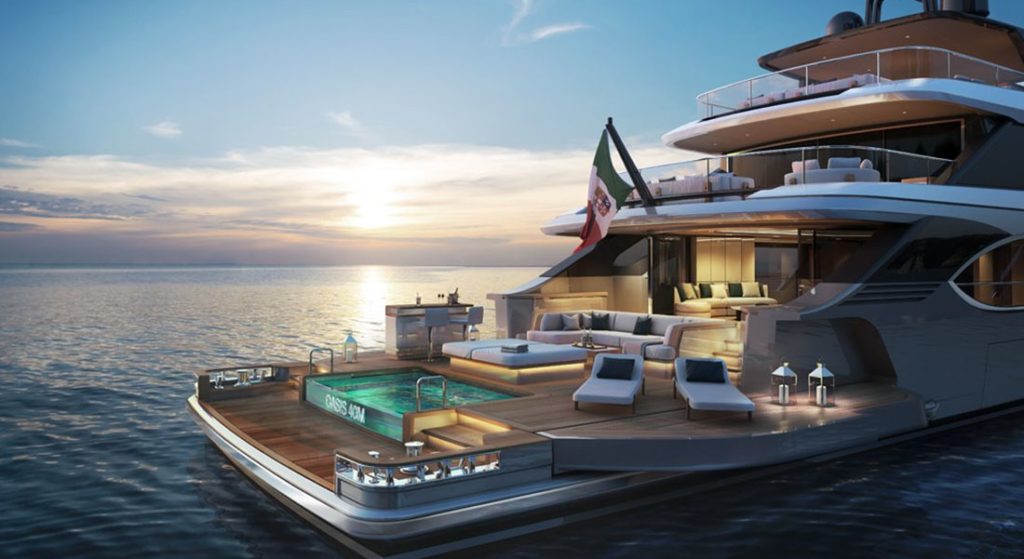 Tim Ciasulli knows a thing or two about boats, and speed. He holds four world speed records in offshore powerboat racing, for instance, one time hitting upwards of 180 mph. He’s also a former offshore powerboat racing world champion. He still has a penchant for speed, in terms of negotiating a deal. He and his wife are the owners of the first Benetti Oasis 40M megayacht, whose hull and superstructure started a few months ago. This means they’ll be taking delivery next summer.

Originally introduced as the Oasis 135, the semi-custom megayacht is a sporty style, with exterior lines by RWD. More to the point, the 133’9” (40.8-meter) Benetti Oasis 40M emphasizes open areas and rooms centered around wellness, in keeping with today’s lifestyle. This in turn means the all-fiberglass yacht downplays (or, if a buyer wants, altogether eliminates) traditionally defined areas like saloons and formal dining rooms.

Ciasulli says it took just two meetings with Benetti and the interior designers at Bonetti/Kozurski Architecture to determine the equipment they wanted, as well as the interior design. “We didn’t want—another—job, so it had to be quick, easy, and fun,” Ciasulli explains. He adds that Benetti “made the yacht-buying experience a really positive life adventure!” 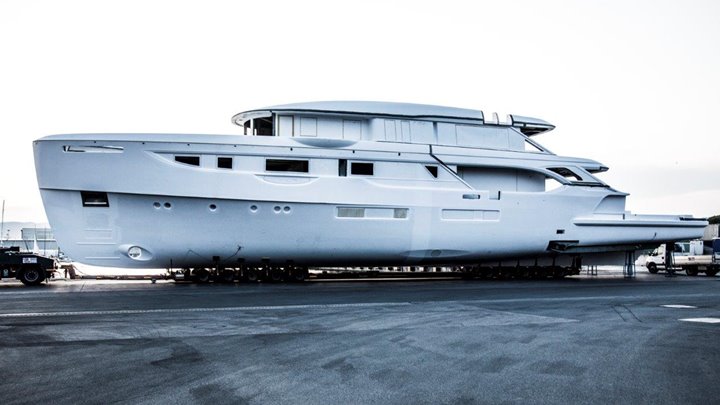 Since Benetti had already started the hull and superstructure, outfitting began on July 26. With a 27’9” (8.5-meter) beam, the Benetti Oasis 40M certainly stands out for having an even beamier aft deck. In fact, this is, in essence, the model’s calling card. Platforms to each side fold down to expand usable space, making the infinity pool and deck area more like an entirely open beach club. Because the rounded doors to the saloon, a few steps up, can stay open, the relaxed ambiance is an indoor-outdoor affair.

For now, the Ciasullis are keeping most details close to the vest. However, Benetti does say the yacht will accommodate 10 people in five staterooms, plus carry a crew of nine. Enrico Bonetti, a partner with Bonetti/Kozerski Architecture, reveals a hint about the decor, too. This Benetti 40M Oasis has “an unprecedented fluidity,” he asserts, with the same colors and materials outside and inside. He adds that this lends “a sense of apparent informality to what is in fact an extremely elegant and sophisticated yacht.”