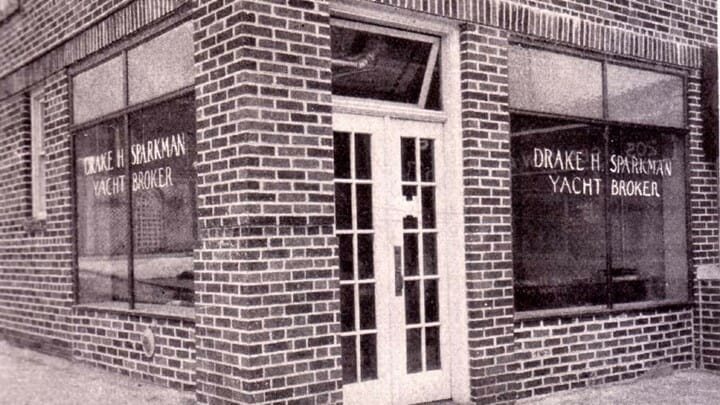 Among all the storied companies in yachting, few have the history and impact of Sparkman & Stephens. What started as a small design firm in the corner of a New York boatyard is now an internationally recognized, and renowned, naval-architecture and yacht-brokerage firm. This very week marks a major milestone, too. On October 28, it celebrated its 90th anniversary.

Back on that date in 1929, five men formally incorporated the company. The five were Drake Sparkman, James Sparkman, Jr., Jason Murray, Rod Stephens, Jr. and Olin Stephens II. These five partners set up shop at the Henry Nevins Boat Yard in the City Island neighborhood of the Bronx, New York (above). In fact, while they actually joined forces two years prior, they didn’t go by that name initially. See “Drake A. Sparkman” on their office windows in the photo, taken in 1928. Olin Stephens was only 19 years old when the partners got together. Therefore, they waited until he was 21 to officially incorporate.

The selection of October 28 couldn’t have been better, in more than one way. It was the day before the infamous Black Tuesday, the the worst day in U.S. stock market history. Black Tuesday also launched the Great Depression.

Despite that, Sparkman & Stephens survived. It more than survived, of course, given the current anniversary. Even the founders had longevity. Olin Stephens died in 2008, just five months after his 100th birthday. He lived long enough to see the studio move into the heart of Manhattan, several years after its founding. It later relocated to Newport, Rhode Island. (It remains there, today, at Newport Shipyard.) Upwards of 2,800 yachts and boats sprang from its drawing boards, too. The J-Class yachts are arguably most widely known among yacht owners and industry professionals. But, the studio additionally designed numerous 12 Metre boats, 6 Metres, ocean racers, custom power yachts, military and commercial vessels, and countless production boats. 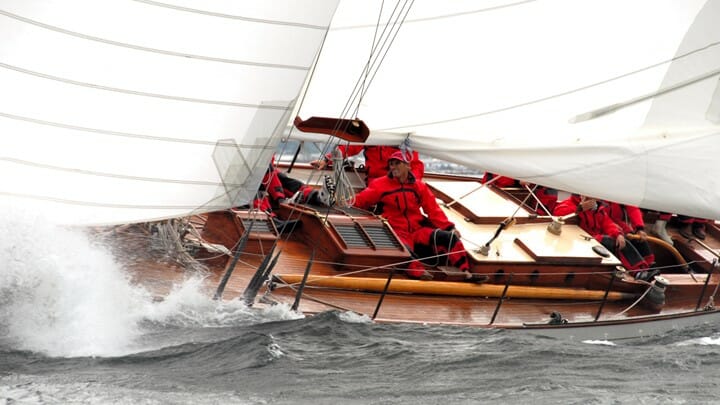 Among all its designs, though, Sparkman & Stephens considers Dorade (above) to be of paramount importance. Olin Stephens designed her at the ripe age of 23. Specifically, she became Sparkman & Stephens’ Design No. 7. Olin and Rod Stephens’ father, Roderick Stephens, Sr., invested in the 52-foot (15.85-meter) yawl after selling his coal-delivery company prior to the stock-market crash of 1929. Dorade slid down the ways at Minneford Yacht Yard in 1930, making history the following year. She finished the Transatlantic Yacht Race two entire days before any other yacht. Next came victory in the Fastnet Race the same year. New Yorkers feted Dorade’s crew with a ticker-tape parade on Broadway, after a press conference at City Hall.

It should come as no surprise, then, that Dorade inspired untold offshore racers, and offshore-racing designs. Even the term dorade, a.k.a. a deck-mounted vent, comes courtesy of her. She pioneered the use of them. Dorade continues to wow crowds in classic-yacht regattas as well as offshore races worldwide. 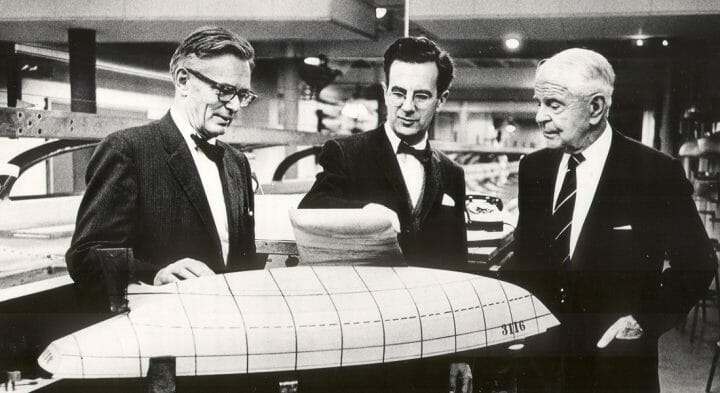 As much as the elder Stephens helped the partners, the partners helped themselves as well. Drake Sparkman, for instance, was an experienced business owner and consummate salesman. Rod Stephens, meanwhile, headed construction, rigging, and testing, and earned a reputation as an outgoing personality. By contrast, Olin Stephens was reserved, focused on design. Olin even notes in his autobiography, All This and Sailing, Too, “Drake and I were well aware that he could have bettered his earnings by selling existing boats, yet he continued to bring in the projects that were my support. I appreciate to this day all he did.”

Olin additionally writes,  “I started my career with the tools of observation and intuition to which quantitative analysis has been gradually added… Whenever possible I studied lines and tried to see the way shape was coupled to performance.” This science and analysis approach resulted from working with Kenneth S. M. Davidson of the Stevens Institute of Technology, in Hoboken, New Jersey. They developed the now-ubiquitous tank-test method (above) for evaluating designs.

One can only imagine what the next 90 years hold for Sparkman & Stephens.