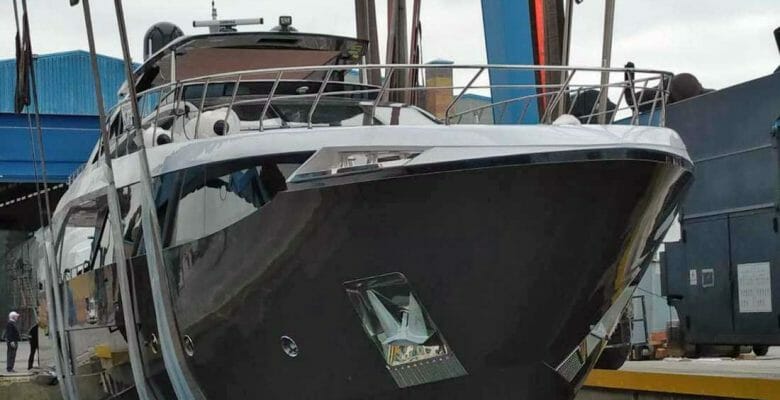 Turning to the dark side is usually a bad thing. In the case of Amer Yachts, however, a client has shown it can be positive. On May 24, that owner’s Amer Cento, a quadruple-engine yacht, launched into the waters of Viareggio, Italy, with a rich grey hull color. It’s a change of pace for a series that has seen almost entirely all-white yachts hit the water so far.

In fact, Amer Yachts, which celebrated its 45th anniversary last year, has delivered 14 Amer Cento yachts to date. Perhaps fatefully, hull 15 of the Amer Cento series launched under a leaden, grey sky. Regardless, she still showed off contrasting areas of light and dark—the effect the Italians call chiaroscuro.

She further showed off another change for the series, these being larger ports below decks and on the main deck. Amer Yachts supplied the photo below, taken during sea trials, to show off the effect from inside. All naval architecture and interior design is handled in house. 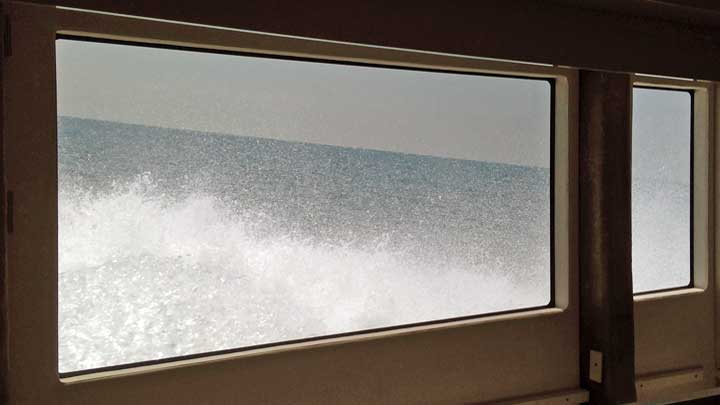 This latest Amer Cento will attend the fall boat shows, including the Cannes Yachting Festival. In the meantime, the shipyard has yet another hull in the series under construction. Plus, hull number 17 is in the early stages of build.