You are here: Home / Charter & Cruising / Soaring Soars From Abeking & Rasmussen in 2020 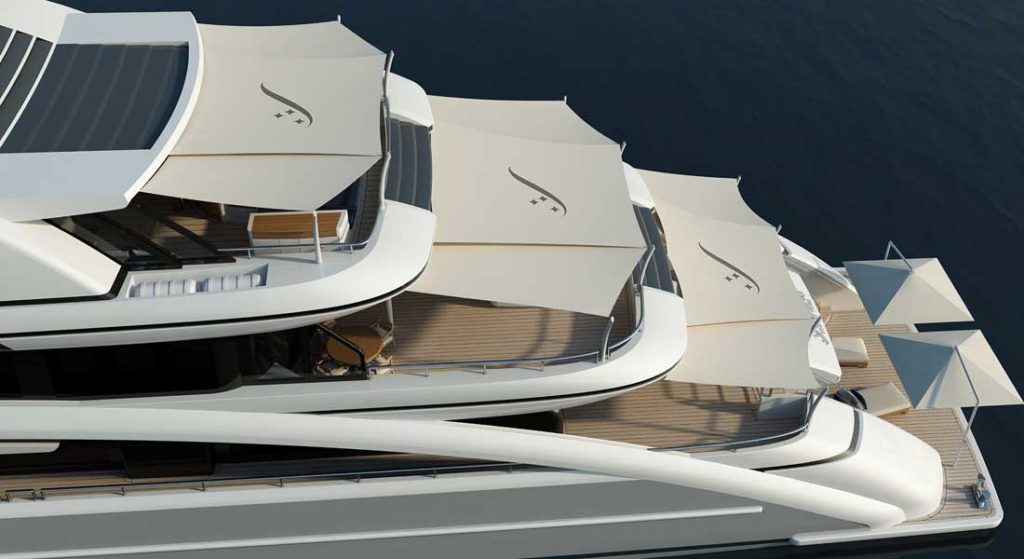 She is still a pretty secretive superyacht project. However, Soaring is coming into stronger focus thanks to recently released renderings of her exterior as well as her interior. She will be one of the first major launches of the new year, hitting the water at Abeking & Rasmussen in Germany.

Soaring is the Abeking & Rasmussen project previously known by her hull number, 6506. Measuring a healthy 223 feet (68 meters), she further has an equally healthy volume of 1,450 gross tons. Outside of her steel hull and aluminum superstructure coming together a little over a year ago, though, few facts have been public. 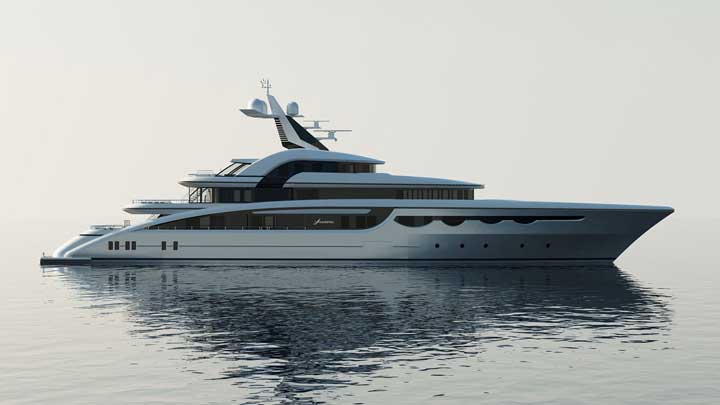 However, the renderings here, from Ocean Independence, which just announced her as a central charter listing, hint at a few features. Styling-wise, Soaring is certainly sporty, with some strong curves in her superstructure. Judging by the logo-adorned biminis in the illustration at top, her alfresco areas will be big focal points.

In terms of focal points inside, the formal dining area and saloon illustration hints that rich tones and textures will create a dramatic backdrop to gatherings. Soaring features accommodations for 12 guests in six staterooms. There’s no word yet on who is handling interior design (or styling, either). However, it may be safe to assume that the master suite will sit forward on the main deck, for privacy. 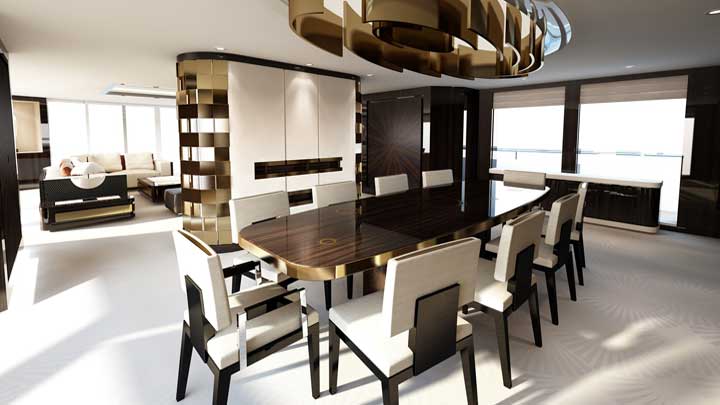 The megayacht should launch sometime in the spring of 2020. Ocean Independence is already booking select charters aboard in the Mediterranean, starting next summer.