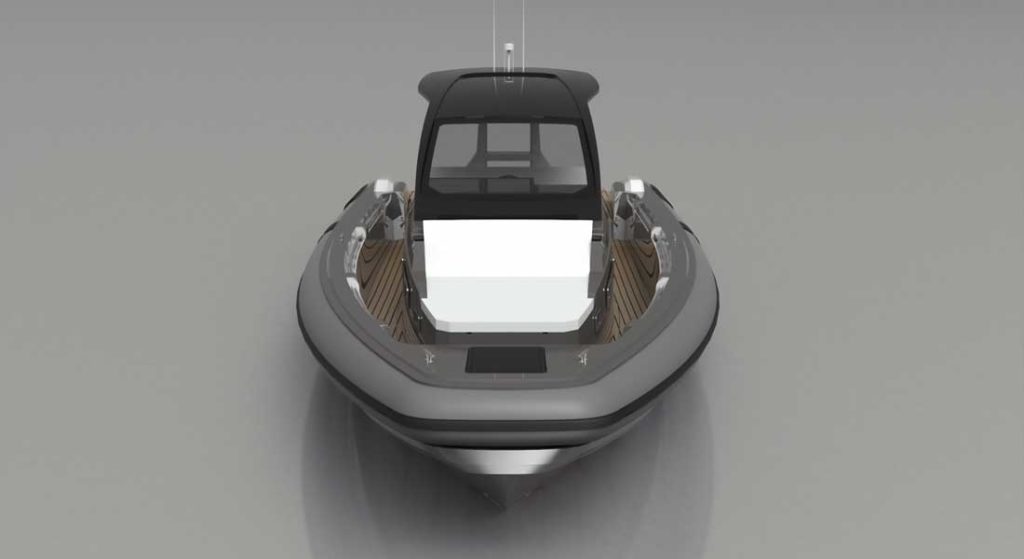 The first boat show of the year opens this week in Germany. The world’s largest indoor boat show brings together plenty of power players in yachting, including megayachts. If your captain or project manager is heading there, they can get the first look at the Pirelli 42 Tender from Technorib. In fact, the inflatable is making its world premiere at the show, Boot Düsseldorf.

The RIB is pretty big in size, measuring nearly 43 feet (13.1 meters). That’s nothing new for the Milan-based manufacturer, though. Previous models include the 61-foot Pirelli 1900, which is additionally capable of 45-knot speeds. Technorib created the Pirelli 42 as a direct result of customers wanting comfortable, sporty craft. Therefore, the length offers spacious decks and generous beams. Of course, to allow large parties to spread out across multiple relaxation areas, the RIB additionally has a walk-around console. 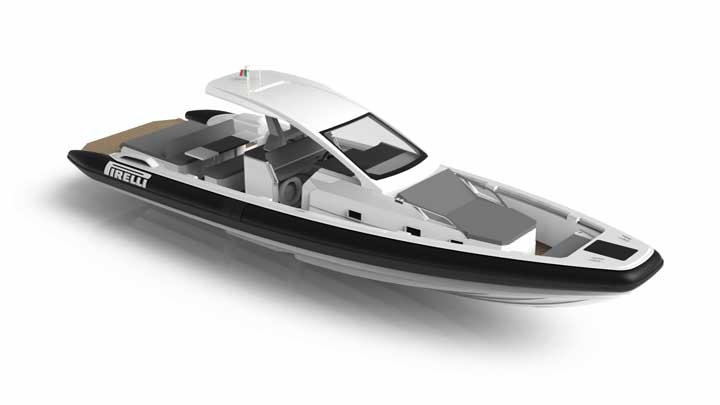 In fact, the Pirelli 42 is for more than just shuttling to and from shore. She encourages you and your guests to spend a good amount of time onboard. For one, she has sunpads fore and aft. She also has a dining area abutting the aft sunpad, ideal for lunches in between swimming and shore explorations. If the weather turns, though, you’re not out of luck for enjoying food and beverages onboard. The Pirelli 42 has another dinette, along with a head, inside, accessed via the console. Altogether, these features, created in conjunction with the Swedish studio Mannerfelt Design Team, make the RIB a suitable chase boat for superyachts.

Technorib will have other models at Boot Düsseldorf, too, including the newest version of the J33. So, too, will some of its partners. In fact, Azimut will show off the Pirelli J45, a special edition exclusively for its customers.