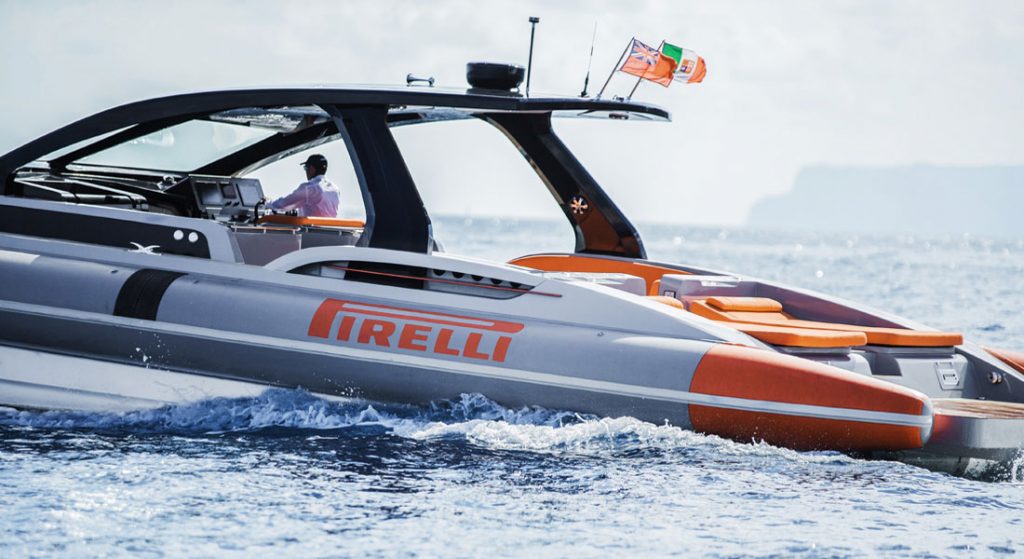 For more than a decade, Pirelli has had a line of performance RIBs, all built by fellow Italian company Tecnorib. With a 16-foot (5-meter) beam, the Pirelli 1900 evolved from the successful Pirelli 1400, a 45-foot (13.7-meter) model derived from raceboats. While the new RIB isn’t a racer, she’ll have you speeding past whatever you wish on the water. Powered by twin 800-hp MANs, the Pirelli 1900 is set for a top speed of 45 knots and a cruise speed of 30 knots. A set of surface drives aid in both regards, as does the all-carbon-fiber construction for the hardtop. 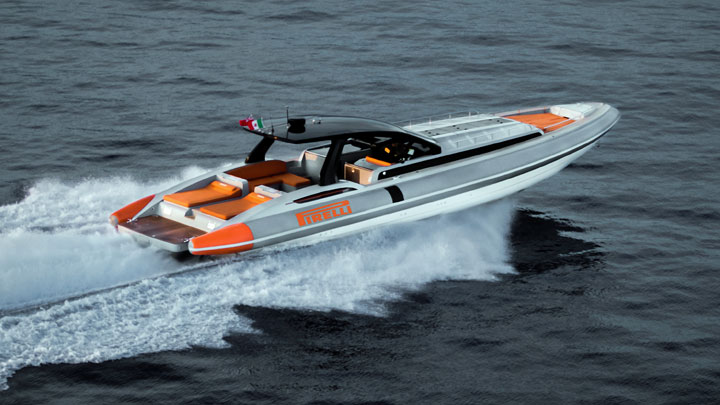 Speaking of the hardtop, that’s your hint that the Pirelli 1900, debuting at the Cannes Yachting Festival in September, is for convivial cruising versus competing. It’s large enough to shade all of the seating areas. Sun worshippers can stretch out on the bow pad. As the photos here show, you can opt for sun lounges fully aft, too. Tecnorib permits customer input into creature comforts.

Also for comfort, the Pirelli 1900 has two interior cabins. Both the master and the guest cabin have en suite heads, though the guest head doubles as a day head. About 6’6” (2 meters) of headroom benefits these areas, plus a saloon and dining spot, where the dining table can double as an extra sleeping space when topped by a cushion. Aft to starboard, you’ll further find a crew cabin. Note that the Pirelli 1900 can come with a stowage space here instead, if you prefer.

Just as her size is pleasantly surprising for a RIB, so, too, is the interior outfitting. Bleached woods and similarly light-toned, lacquered surfaces, with metallic sheens, appear below decks. There are even mosaics in the en suite heads.