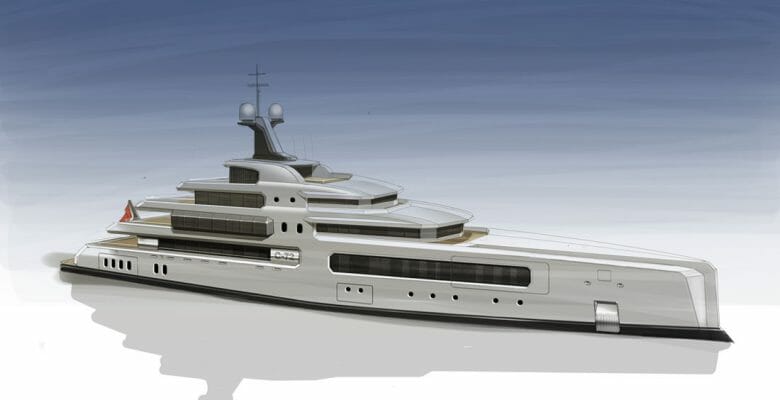 “I have been lucky enough to have worked alongside some of the best creative minds in the industry,” says Wayne Parker. They include Terence Disdale and Donald Starkey, in fact. Having learned over the past two decades how to translate an owner’s wishes into an interior they can’t wait to enjoy, Parker has launched his own studio, Wayne Parker Design. Plus, to stimulate a conversation with a customer, the studio offers the C-72 superyacht concept.

Parker started his design career in his native South Africa, working for a marine outfitter that supplied yacht interiors, among other specialties. In 1999, he moved to the UK, gaining further experience with the above-mentioned designers. All told, he contributed to upwards of 20 yachts from 128 to 532 feet (39 to 162 meters). In addition, he worked for a lighting-design company as well as a luxury residential interior-design studio. Throughout his experiences, he gained insight into not just yachting but also home and aviation interior design. Therefore, Wayne Parker Design focuses on all three disciplines.

For his first superyacht project under Wayne Parker Design, Parker and his team created the C-72 concept. “We wanted to create a look that is evocative and plays on shape and form,” he explains. Specifically, “we took inspiration from the futuristic look of spaceships to create the exterior.” Simultaneously, C-72 enhances the owners’ experience, with bubble-like ports aft on the owners’ deck.

Given her 236-foot (72-meter) length, the C-72 has acres of relaxation space from her plumb bow to her transom. However, it was important to Parker and the team to ensure interior areas were well balanced. Additionally, they wanted spaces to be practical. In fact, they solicited input from yachting customers to incorporate true usability into guest cabins—not simply design them the way they always are. The designers therefore feel they’ve improved movement from one room to another.

They even did it with the master suite. Usually, dressing rooms are self-contained areas, in proximity to the en suite bath. With C-72, though, Wayne Parker Design positioned them open to each other, to enhance the sense of space. Plus, they created a mini spa within the shower, for a more private experience.

“The execution of the interior was an exercise in the use of space which is practical yet stylish, and feel that we have found a balance with a layout that works within a small footprint,” Parker concludes.