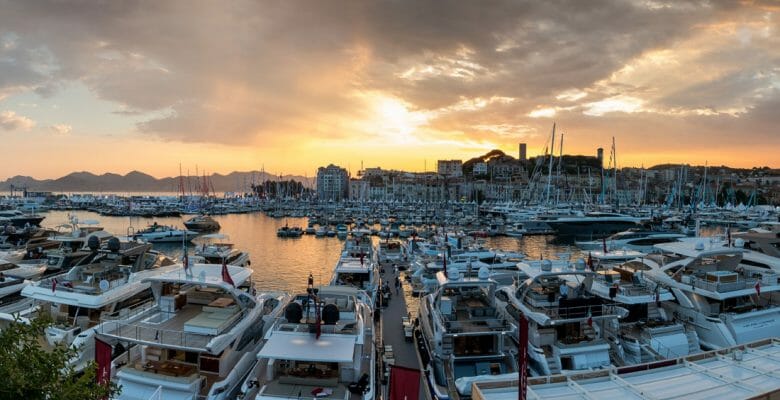 UPDATE, AUGUST 24, 2020: The Cannes Yachting Festival website updated yesterday to reflect the cancellation. In a press release posted yesterday, too, show organizers state that the prefect of Cannes based the exemption denial primarily on rising COVID-19 cases and fear of worsening cases. Furthermore, it states, the prefect had accepted the stronger health protocols the show team planned to apply. Show director Sylvie Ernoult says having to cancel is a “huge disappointment.” She adds, “The implementation of the health protocol that we drew up, certified by APAVE and recognized as completely satisfactory by the prefecture’s services and the Regional Health Authority (ARS), would have made the 2020 Yachting Festival one of the safest events in terms of health in France. Also, it is with great surprise and incomprehension that we take note of the prefect’s decision.”

Exhibitors planning to attend the upcoming Cannes Yachting Festival report that the organizers have cancelled the show. The cancellation stems from rising cases of COVID-19.

As of press time, neither the Cannes Yachting Festival website nor its social media channels have posted information about the cancellation. They still reflect show dates of September 8 to 13. Regardless, several organizers confidentially shared that Reed Exhibition, which organizes the event, informed them of the decision this morning.

The decision follows evolving French government guidance over what is and is not permitted due to ongoing COVID-19 concerns. In April, the government indicated cultural gatherings of more than 5,000 people could proceed effective August 15. However, on August 11, the president and prime minister postponed the date to October 30. They did so upon analysis of rising virus cases within France and throughout several European countries. Shortly thereafter, Reed Exhibition sent updates to exhibitors. Specifically, it sent letters August 17 and August 19. In both, it acknowledged that many exhibitors questioned whether the show would proceed. Typically, the Cannes Yachting Festival includes 400 boats and yachts. Last year, 54,000 visitors attended, too.

Additionally, in the first letter, Reed Exhibition requested that exhibitors share whether their customers would attend, and therefore whether they favored continuing with the show. Simultaneously, the letter indicated that the organizers requested an exemption from the gathering ban, from the prefect in the Cannes region. Despite the renewed restrictions, French law permits such exemptions.

In the August 19 letter, meanwhile, Reed Exhibition explained that in requesting the exemption, it further presented additional, stronger health protocols. However, Reed Exhibition also explained that the prefect wanted to personally see how the organizers would implement these protocols in the port. The prefect wanted to do so on August 20. Following that, the letter stated, the prefect would either approve or deny the exemption.

The Cannes Yachting Festival is the latest in a growing list of cancelled yacht shows. Earlier this summer, the Monaco Yacht Show pulled the plug, following a number of its largest exhibitors withdrawing.