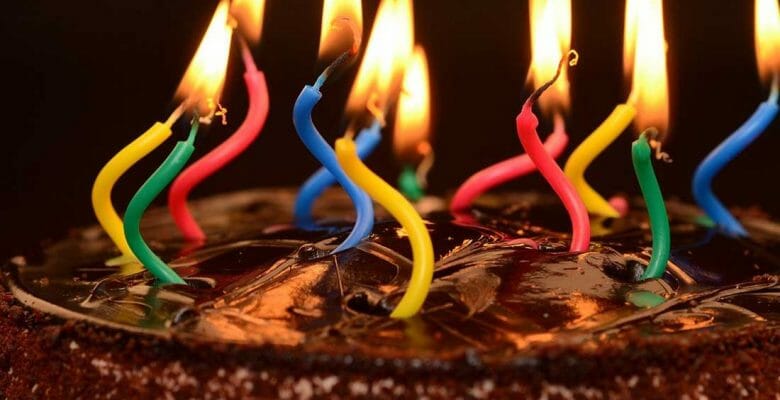 Editor’s note: The Crew Network and Fraser Yachts recently held a superyacht short-story competition, encouraging crewmembers to share true and fictional accounts of life onboard. Entries came from around the world, telling tales of romance, drama, and comedy. One such story, “The Birthday Cake,” earned second place. Written by Capt. Stephen Crosthwaite, a build captain and project manager, “The Birthday Cake” is, as you’ll read below, an amusing account of an unfortunately misstep, an angry yacht chef, and a group of reveling guests.

The Owner beckoned me over, and as I leant down, he shouted in my ear, over the very loud music, the screaming and laughter: “OK, Steward, we’ll have the cake now, please.” Walking swiftly off the aft deck and down the port side deck, I wondered again how at 63 years old he and his guests could all still out-party me and most of my crew with absolute ease. They had started his latest wife’s birthday lunch at 3pm as we anchored in the calm, deserted and secluded bay (thank God!). It was now well after seven, and they were still going strong! But then that’s Aussie owners for you.

As I moved forward, I noticed that it was still a little breezy in the anchorage and on the side deck, and we would have to deliver the birthday cake through the dining salon and the main salon to the aft deck, so that the candles didn’t blow out and, damn, that freshly cleaned white wool carpet if we dropped it! I got on the radio and let everyone know about the changed plan and to gather immediately in the aft main deck salon, as it was now show time for the cake and time our crew to sing “Happy Birthday.” We would always all be out of tune, but whatever…

As I reached the galley window, I paused, then stopped and looked in and saw the Head Chef nervously watching the Chief Stew just picking up the huge, elaborate cake by herself from the worktop next to the same window and, as she looked up and directly at me, turn to move into the pantry. I don’t know whether it was me looking in the window and the light shining on my face startling her, or that she really did trip, but all I saw was the massive shock and silent scream on her face as she went over backwards and then disappeared from view, and the cake, its stand, and unlit candles scribe the perfect arc over her head across the pass and go splat into the galley fridge. Looking on in further horror, I saw the whole truly spectacular mess slide slowly down the stainless steel door and land on the floor in a big, gooey pile. Frozen with shock myself for a few seconds on the unholy and disastrous scene, it was only when I saw the Chef out of the corner of my eye, eyes blazing, reach out for the large wooden rolling pin sitting on the bench that I knew that I had better do something. And quickly!

Arriving into the galley in a nanosecond, I stood in front of the Chef and held up my hands, palms out to him, and said, quietly and calmly, “Now Chef, put the pin down please,” as he screamed like a banshee unrepeatable words (at least in this story!) and tried to get past me to her. It didn’t help that she had just burst into hysterical laughter as she slipped on the chocolate and cream mess as she tried to get up and had fallen over again and onto what was left of the truly spectacular, 10-layer, triple-chocolate and cherry gateau sponge cream cake the owner had requested for his latest and darling chocoholic wife’s 38th (I think that’s what he told us?) birthday. I still remembered his words the day before, “the more chocolate she gets, the better, mate,” ringing in my ears, and my reply to him that “you will have seen nothing like it before, sir” as a foolishly made promise.

Grappling with Chef and uttering more soothing words over his constant barrage of expletives and his threats to kill her, I finally managed to get him to drop the pin in the sink, and telling the stew to get her act together and stop laughing like a hyena, I told them both to get it sorted by “effing making another one or something.” I quickly checked my shoes for chocolate and went out the side door, getting halfway back to the aft deck to give the boss the bad news, before I spotted “sir” coming the other way. “Where’s her bloody cake, mate?” were the first slurred words he said to me as he reached me halfway. Thinking on my feet, I replied to him with a pure BS answer: “Unfortunately, the cake’s off, sir,” to which he said nothing, just gave me a filthy look, and muttered under his breath to himself: “I’ll sort that lazy pommie cook out,” and he barged past me and headed towards the galley door. Hurrying after him, I saw him look through the galley window as he got to it and come to a screeching halt, and his jaw drop onto his chest in pure astonishment. Thinking, “it can’t be that bad, can it?” I caught up to him and then looked over his shoulder into the galley.

The sight that greeted the both of us was one that had struck him dumb at first, and now me, speechless. Obviously my soothing words and pleas to both of them to get your act together and do something had done nothing to defuse the major “situation abnormal” between the Chef and Chief Stew after I had left, as I interestedly watched the Chef grapple with the Stew on the floor, clearly intent on plastering another handful of chocolate cake all over her face and hair as she tried to knee him firmly in the family jewels. Tearing my eyes away from that spectacle, it also looked as though there had some kind of food fight in the brief minute that I had been absent, with the whole galley now covered in cake, cherries, chocolate, and cream. Not one inch of the normally beautiful and immaculate space, including the ceiling, had seemed to escape from the short but intense battle. The owner stood watching for few moments longer, turned to me, and, giving me good hard “what the ****.?” look and a grim smile, then pointed a finger at me and said, “This is all your fault, so you fix it,” and walked quickly away and back up to the aft deck to the party. Looking into the galley, I wondered what next, as just then the captain rushed into the galley from the pantry to find out what all the noise was about and where the cake was.

Now, it wasn’t my fault that I hadn’t called him on the radio to explain the delay, as I had been pretty busy trying to calm the merry owner and the lunatic crew down, and again it wasn’t my fault when he slid across the floor on the melted chocolate and cream, arms windmilling, tripped over the still-wrestling Chef and Stew, went flying, and head-butted the dishwasher. But in my defense, I did leap into action and get to the galley, skirting the by-now-exhausted dessert-covered crew, and try to pick him up to see if he was OK.

Question: Have you ever tried to carry out first aid whilst skating on a dessert? My advice to you is: Don’t! I can tell you, it was a big, big, mistake, as I lifted the by-now dazed commander, got him nearly vertical, then lost my balance, and, my feet flying, we both went over backwards and landed on top of the Chef and Stew to screams of agony and further swear words.

But not as much as looking up and seeing the owner, the birthday wife, and some guests absolutely roaring with laughter… looking in the galley window….

You can read the rest of the winners of the superyacht short-story competition here.