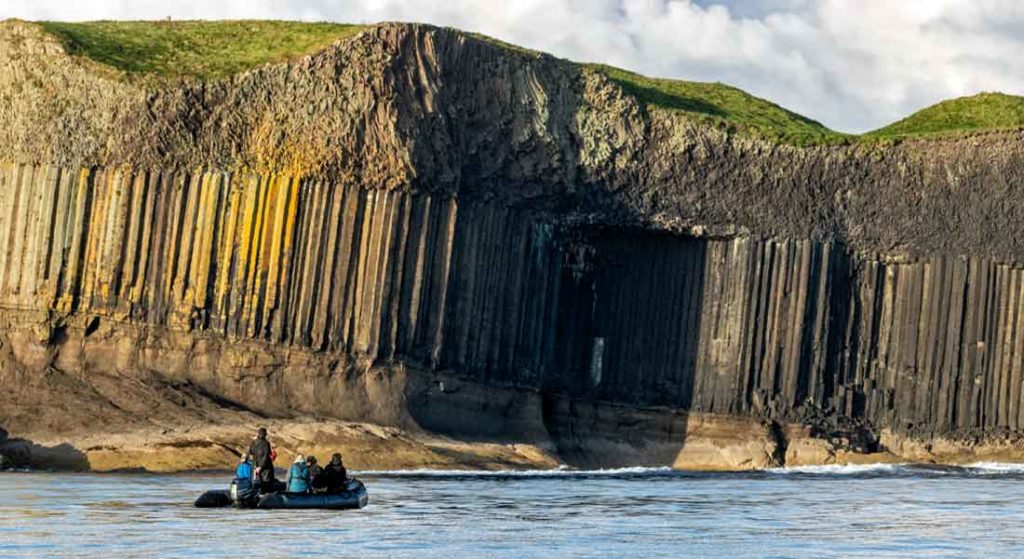 Come springtime, yachting enthusiasts will head to the typical Mediterranean destinations, but you can explore parts of the UK difficult to access any other way than by sea. EYOS Expeditions has an eight-day Wildlife, Whisky, and Adventure itinerary, including six nights aboard Hanse Explorer, which promises extraordinary experiences.

The trip, set for May 19 to 26, takes you along the coast of western Scotland and the Hebrides Islands. The region boasts abundant marine wildlife, from puffins to dolphins and even sharks. Hanse Explorer is the ideal way to travel, built for voyaging in polar regions and remote destinations. The 156’7” (47.76-meter) yacht takes 12 guests, additionally having several lounges for reading up on the Scottish shores. Furthermore, should your adventures by her Zodiacs and kayaks be in chilly weather, her sauna waits for you upon your return. 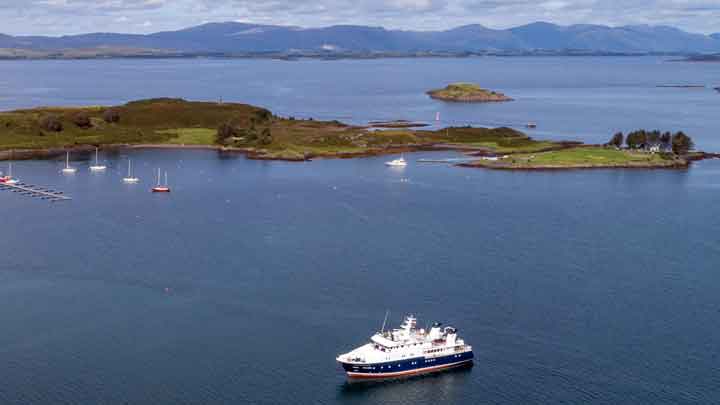 The Wildlife, Whisky, and Adventure itinerary starts with a settling-in first night at the Cameron House lodge overlooking famed Loch Lomond. A seaplane will take you to Hanse Explorer, which will quickly introduce you to the “whisky” part of your journey. Specifically, you’ll visit Barra, an island in the Outer Hebrides where the author Compton Mackenzie is buried. Mackenzie famously wrote Whisky Galore, a fictional tale based on the 1941 shipwreck of the SS Politician and subsequent salvage of 240,000 bottles of whisky from her hold.

As for the wildlife part of Wildlife, Whisky, and Adventure, EYOS Expeditions’ guides will take you to the most important seabird breeding station in northwestern Europe. On St. Kilda, an uninhabited island—though a community did exist for 4,000 years—you may just see puffins, among myriad others. Interestingly, most Brits don’t even ever get to St. Kilda. Farther along the sea route, meanwhile, you’ll see big seal populations, and even more seabird nesting areas, on deserted islands. Weather permitting, you can kayak along the peaceful shores. 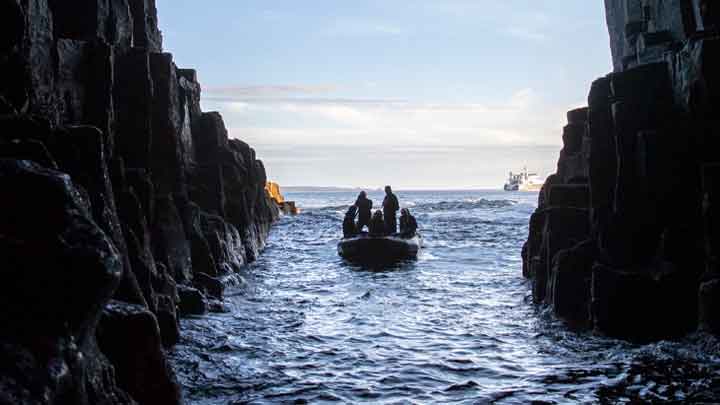 Equally noteworthy, and certainly qualifying as the adventure in the trip, you’ll visit Fingal’s Cave. On the small island of Staffa, it has quite the collection of hexagonal basalt columns. EYOS Expeditions’ team will take you via Zodiac from Hanse Explorer. Then, you’ll either beach the RIBs and walk to the cave, or use them to enter via sea.

The rate for Whisky, Wildlife, and Adventure is 15,000 per person, double-occupancy cabin. It includes one night at Cameron House and a private three-course dinner there, plus the seaplane transfer to yacht. Due to the ongoing pandemic, all guests must take a PCR test within 72 hours prior to boarding. Furthermore, if COVID-related border restrictions impact your ability to join the trip, or the yacht’s ability to start on the stated dates, you’ll receive a full refund.