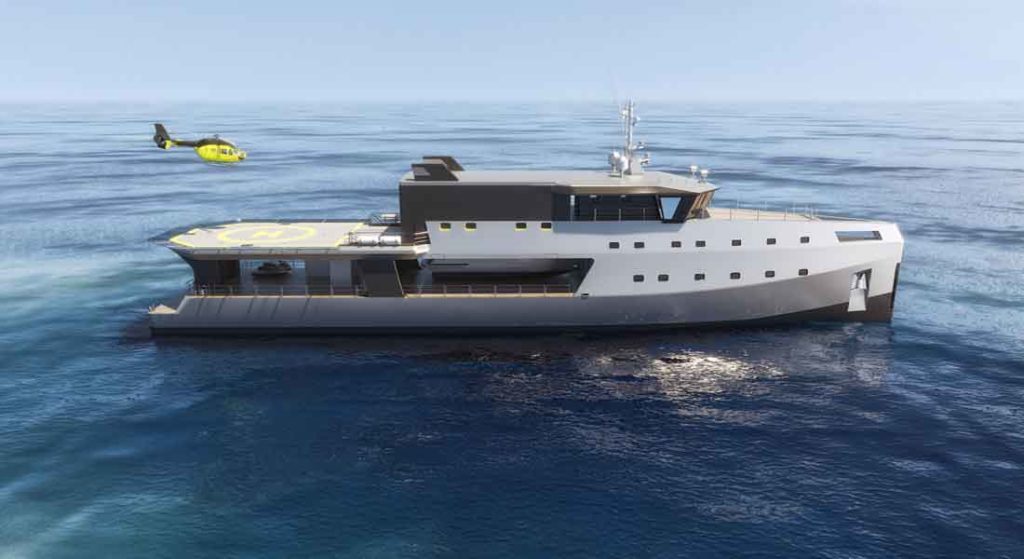 Unlike a number of yacht concepts, Big Shadow is based on an existing, proven naval-architecture platform. The 214-footer (65.1-meter) additionally has garnered a coveted Good Design Award for its creator, Kirsten Schwalgien Design (KSD).

Now in its seventh decade, the awards competition celebrates products as well as design and manufacturing leaders that raise the bar on innovation and cutting-edge creations. The Chicago Athenaeum Museum of Architecture and Design created these awards, handed out each year, too. Big Shadow is a winner in the transportation category, which primarily included automotive-related submissions.

KSD created Big Shadow in collaboration with Damen, specifically using the Damen Yacht Support 6511 platform. Further of note, the duo designed Big Shadow for a specific, experienced yacht owner. While Kirsten Schwalgien of the eponymous studio has previously contributed to megayachts like Feadship’s Moonrise and Lloyd Werft’s Luna, this design concept is much bolder. 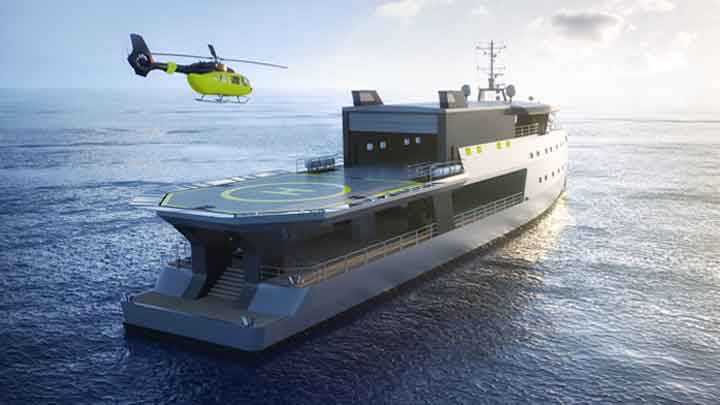 Speaking of aft, the aft upper deck has a new feature for a megayacht. It’s a roll-in helicopter hanger that doesn’t require folding the rotor blades. “The owner’s brief required implementing the heli hangar into the existing structure,” the designer says. “It’s a feature which I expect to see more of in the future.”

Similar to other Damen Yacht Support projects, Big Shadow is engineered for long-range duty. She should see 5,000 nautical miles at a 14-knot cruise, capable of carrying 11 crew and abundant toys.

“Utilitarian, dynamic, and with an edgy silhouette: yacht support vessels are not pretending to be in the same class as a superyacht,” the designer concludes. “But they can certainly hold as stand-out boats in their own right.”