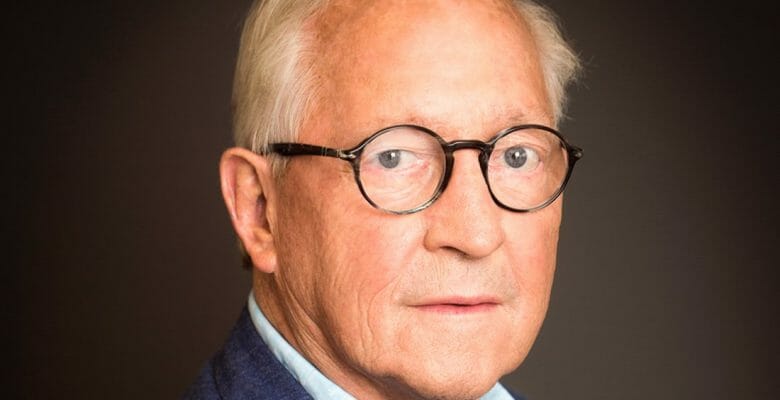 Born in 1936, Moonen was one of 11 children, and the second-born son. His father owned a painting company, which he took interest in at a young age. In fact, he was just 15 when he began working there. Remaining actively interested for many years, he rose through the ranks, eventually taking over management. Moonen’s successful foray into entrepreneurship afforded him the chance to buy his first boat, a 36-foot (11-meter) steel cruiser.

Little did he know that this purchase would change his personal and professional life. The builder of Moonen’s boat was De Ruiter Shipyards. Having transitioned into the real-estate business, Moonen acquired property in the Dutch city of ’s-Hertogenbosch (a.k.a. Den Bosch). He offered De Ruiter’s owners a portion of the land, to expand their abilities. They took him up on the offer, launching their first boat there in 1963. De Ruiter continued to operate at that site for decades, and in 1981 offered ownership to Moonen. He did indeed acquire it, further renaming the company Moonen Shipyards.

Under the new name, the shipyard launched its first yacht within two years. Alhena was a 69-footer (21-meter) that found a buyer at the Düsseldorf boat show that same year. Subsequently, Moonen identified an opportunity to focus on larger luxury yachts. The shipyard didn’t waste time, either. The first large project under his watch was Cassiopeia S, which saw delivery in 1985. At 85 feet (26 meters), she was unusually large for her time. Fittingly, Moonen came up with a nickname for projects like her: pocket-size superyachts. That remains the central part of the company’s ethos to this day.

While Moonen additionally sold the shipyard in 1998, the yard’s iconic branding stayed in place. It’s in place even now, too (although the company now uses Moonen Yachts for its name). Rien Moonen was responsible for the interlocking Os in the logo.

A few months ago, Moonen was the subject of an episode of a Dutch television documentary. It re-aired earlier this month.

He leaves behind his wife Mieke, who he was on vacation with in Spain when he died.