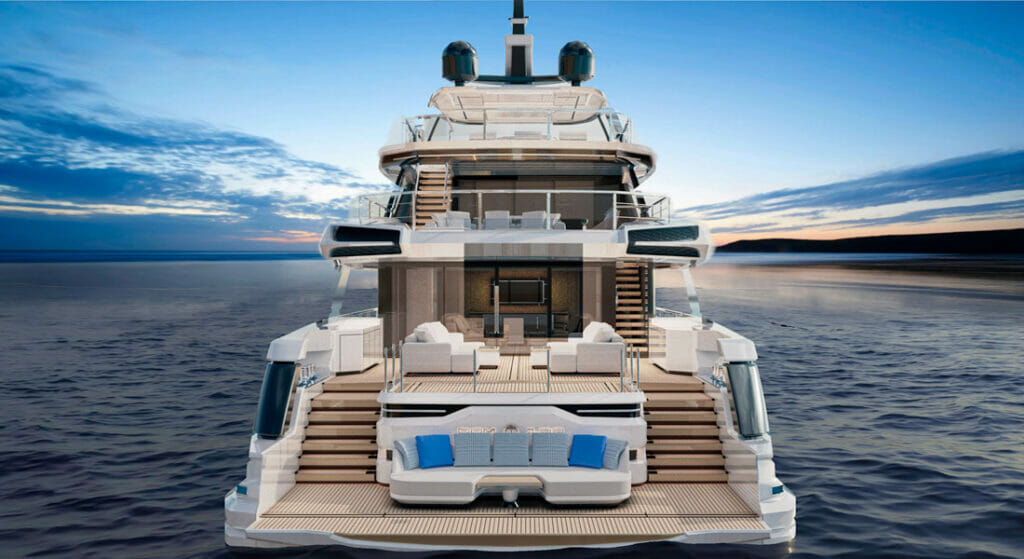 Three years ago, Baglietto introduced DOM, a line of megayachts aimed at the new generation of yacht buyers. The series gets its name from the Latin word domus, meaning “home.” This week, the shipyard announced the sale of its fourth DOM133.

While the DOM series started with the DOM123, a 121-footer (37-meter), the DOM133 is the second model so far. The first hull is still in build, preparing for delivery in 2022. So, too, is the second hull. In fact, coincidentally, hull number two just sold three months ago.

Like her sisterships, the fourth DOM133 measures 131 feet (40 meters) and bears design work from Stefano Vafiadis of Studio Vafiadis. So far the shipyard isn’t revealing her name, just referring to her by her hull number, 10244. Regardless, she upholds another ideal of the series, this being a voluminous feel for relaxing days and nights with family and friends. Part of that voluminous feel comes from a beam of 28’5” (8.7 meters), and part comes from abundant open-air spaces. 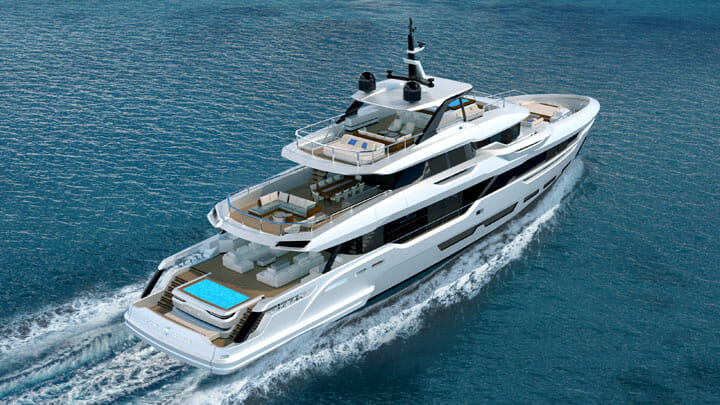 For instance, in the main saloon, full-height glass on each side slides open. Additionally, even more glass flanks the floating stairway to the upper deck. Further enhancing the voluminous feel, this fourth DOM133 makes the main aft deck more of a two-level, cohesive space, complete with a flush pool (above) that covers with teak planking when not in use (top). Finally, when the doors to the saloon prop open, the indoor area essentially blends seamlessly into the outdoors.

Also in keeping with her sisterships, the fourth DOM133 has Caterpillar power that should permit a 17-knot maximum speed.

Look for this yacht’s delivery to take place in 2023. In the meantime, due to the interest in the series, Baglietto has begun construction on hull number five, on spec. She will be ready for delivery in 2024 and include hybrid propulsion.