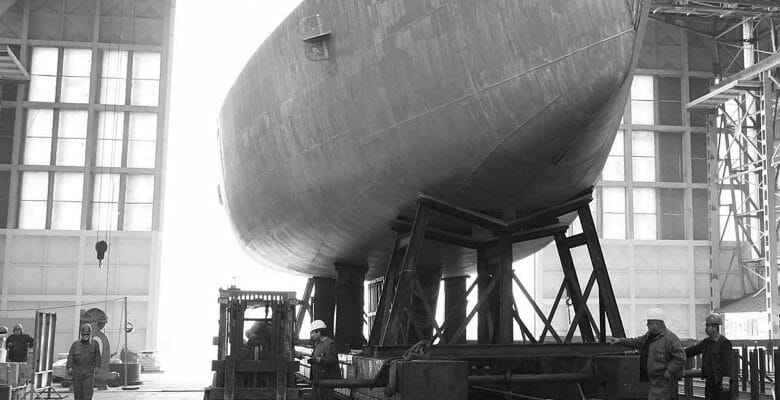 One week after receiving two irrevocable offers to acquire Perini Navi, the legal bodies overseeing the failed shipyard are pursuing a different route. Instead, they’ve set a third auction for Perini Navi. Also noteworthy, they’re using one of the offers as the foundation for the auction.

According to the regional Italian newspaper La Nazione, the bankruptcy trustee, Franco Della Santa, revealed the plans on November 3. The paper quotes a statement from him, indicating he, the bankruptcy court judge, and the creditors all reviewed the offers. They appreciated each proposal’s focus on business continuity, the paper notes, including safeguarding current employees’ jobs. But, “the competent bodies of the bankruptcy procedure have decided to submit the offer filed by Restart as a basis for the competitive procedure,” Della Santa indicates.

Restart is a 50-50 joint venture between the Ferretti Group and Sanlorenzo. The builders formed Restart specifically to acquire Perini Navi’s assets. Restart submitted its irrevocable offer on October 27. It mentions the shipyards in Viareggio and La Spezia, trademarks and patents, Perini Navi USA, and existing employees’ and contractors’ contracts. It does not, though, mention a financial total.

Interestingly, the third auction for Perini Navi, set for December 22, has an opening bid of €47 million. Parties wishing to participate must submit a deposit of €8 million by the day prior. Additionally, Della Santa says that using Restart’s offer as the organizational basis “does not constitute acceptance of the same.” Nor does it give “the bidder any right of preference in the competitive procedure.” Finally, “it does not preclude any person from participating in the competitive procedure, obviously including The Italian Sea Group.”

The new auction will be nearly 11 months to the day after the bankruptcy court in Lucca declared Perini Navi insolvent.