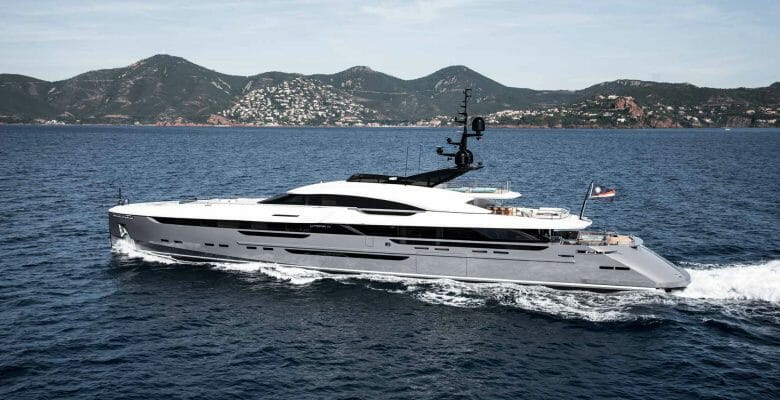 A crash involving the 207-foot (63-meter) Utopia IV has caused the sinking of a tanker carrying marine and automotive gas plus liquefied petroleum gas (LPG). The Utopia IV collision resulted in several injuries aboard both vessels, though no reported serious damage to the marine environment.

The tanker was the 160-foot (48.8-meter) Tropic Breeze. According to Maritime Management, which had Tropic Breeze in its fleet, the incident occurred around 10 p.m. on December 24. The Bahamian Ministry of Transport and Housing confirms the time. Tropic Breeze was about 15 miles north-northwest of New Providence Island in The Bahamas. “The 160-foot tanker was traveling on its proper watch en route to Great Stirrup Cay when it was rear-ended by the 207-foot superyacht,” Maritime Management says in a statement. It adds that the “catastrophic force” pierced the tanker’s stern, causing the ship to sink. Another yacht, which the Ministry of Transport and Housing identifies as Amara, rescued Tropic Breeze’s seven-person crew after they sent a distress signal. All seven returned to shore safely, Maritime Management adds.

But, Tropic Breeze sank down to the ocean floor, approximately 2,000 feet beneath the surface, the company indicates. Due to this, it concludes, safe salvage is not possible. Maritime Management says it is cooperating with local and international marine authorities “to ensure best outcomes with minimal environmental impact.” Furthermore, “the tanker’s cargo included all non-persistent materials…which are lighter than water and will evaporate if exposed to surface air.” Maritime Management asserts that the tanker passed inspections earlier this month, too.

Photos on social media reveal that the Utopia IV collision resulted in a deep gash by her starboard-side anchor pocket. Additionally, the Ministry of Transport and Housing says the megayacht reported taking on water around 12:39 a.m. on December 25. The Royal Bahamas Defence Force received that report, with the yacht crew adding they were making their way to Prince George Wharf. The harbor patrol therefore dispatched a vessel to assist, which escorted Utopia IV into Prince George Wharf at 1:26 a.m.

Currently, Utopia IV is remaining in the Bahamas. We reached out to the owners of the yacht, American entrepreneurs JR and Loren Ridinger, through a spokesperson for comment. They have not responded. Furthermore, no confirmation is available on how many crewmembers were aboard the yacht. Neither is information available on whether guests were aboard. Notably, though, according to one Instagram user commenting on what appears to be the first report of the Utopia IV collision, the yacht’s crew did try to rescue Tropic Breeze’s crew, but was unable to fully assist. That same social media user says that one of the yacht’s crew sustained injuries in the process.

The Ministry of Transport and Housing confirms injuries but doesn’t specify who or how many people were involved. Regardless, it says a formal accident investigation is in process. Furthermore, it says, the Department of Environmental Health is examining environmental impact.