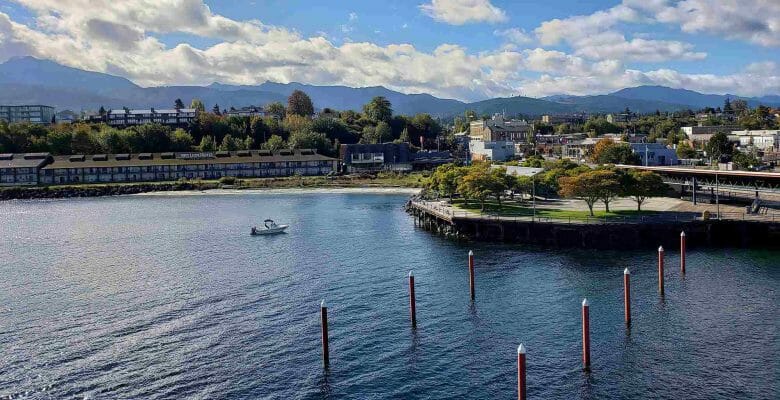 The Pacific Northwest gained several new superyacht visitors this past summer. Between owners using their own yachts and charter guests eager to travel, areas like the San Juan Islands, Seattle, and Alaska saw plenty of activity. So, too, did Washington’s Port Angeles. This natural harbor in Washington State and its associated small city have good reason to be on your proverbial radar.

Long known for its timber business, Port Angeles began turning its attention to diverse industries and opportunities about a decade ago. As a result, an 18-acre, former timber mill is now home to the Marine Trades Center. As you’ll see in the video here, superyachts can seek service as they’re heading to or from Alaska and other regional destinations. For instance, both 300- and 500-ton lifts are on site. Provisioning is possible as well, with a local farmer’s market and abundant shops. Plus, its location on the Strait of Juan de Fuca means yachts don’t need to divert off their intended paths.

The Marine Trades Center is expanding, too. For example, through 2023, the intention is to add about a dozen open-air work pads, plus a 30,000-square-foot building. Add in the well-known superyacht shipyard Westport Yachts, one of the nation’s oldest, and the new-build and refit specialist Platypus Marine, both in proximity, and there are more reasons to put Port Angeles on your must-visit list.

Note, too, that we’ll have a Destinations Guide feature on Washington’s Port Angeles in the coming weeks. It outlines year-round activities—primarily in the water and in the mountains—that crew can pursue while in town for service.