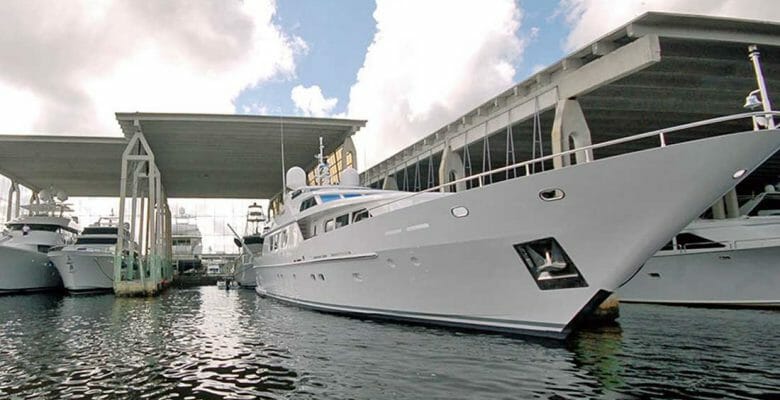 Compared to other countries, the United States of America is not all that old. However, 244 years of existence is still longevity, in anyone’s book. Speaking of longevity, several American megayacht shipyards still in business have long histories. Here are five of the oldest ones, which further regularly and actively promote their capabilities. While three are yacht builders, two are refit yards.

1. Hodgdon Yachts. Way back in 1816, Caleb Hodgdon established a business in Maine to construct wooden schooners. Two centuries later, his direct descendants still follow in his footsteps. Additionally, numerous sailing yachts, motoryachts, military vessels, megayachts, and the famous racing yacht Commanche have all come from Hodgdon Yachts. As if that isn’t impressive on its own Hodgdon Yachts is among the oldest shipyards in the world that focus on luxury yachts.

2. Burger Boat Company.Burger, too, is among the oldest shipyards in the world focusing on luxury yachts. Its roots go back to 1863. A German immigrant by the name of Henry Brauburger, whose family shortened the name to Burger, got things started. In his teens, he learned shipbuilding, and later built wooden sailing ships under the banner of Greene Rand Burger Shipyard. Similar to Hodgdon and other American megayacht shipyards, boatbuilding became a family affair. His nephew joined him a few years after the shop opened. By 1915, the yard went by Burger Boat Company and started building cruising yachts.

3. RMK Merrill-Stevens. This Miami facility now is far, far larger than what it originally looked like in its first year of operation in 1885. In fact, it includes a North Yard and South Yard, on opposite sides of the Miami River. The then-named Merrill Stevens moved to the river in 1923. Even more noteworthy, however, RMK Merrill-Stevens is the oldest continuously operating business in Miami. The Turkish company RMK Marine acquired it in 2013.

4. Bradford Marine. Father-son duo John and Michael Kelly formally acquired Bradford Marine on January 1, 2019. Bradford itself got its start in 1966 in Florida, and added a shipyard in the Bahamas just several years ago. The focus is on megayacht service and repair, although the Florida facility has a marina as well as a yacht-brokerage division. With covered dockage for yachts to 180 feet (55 meters) covering more than 11,000 linear feet (3,353 meters), Bradford Marine is one of the largest covered service centers globally.

5. Westport Yachts. Back in 1964, when Westport began operations, the Pacific Northwest builders served the commercial fishing fleets. Some of its fishing boats are still out on the water, too. Upon the decline of that industry, however, in the late 1970s into the 1980s, Westport began building yacht components for other shipyards. It added its own yachts in the late 1980s. One of the most famous American megayacht shipyards, Westport builds semi-custom yachts ranging from the W112 to the W172.