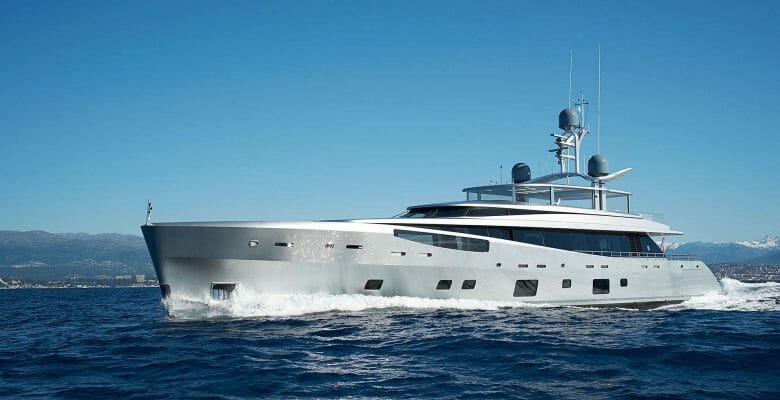 An exiled Chinese real-estate businessman who’s also the owner of Lady May will provide $37 million to repay his creditors partly, since he cannot hand over the superyacht to them. The repayment stems from a loan dating back 14 years.

According to court documents, Guo received a $30-million loan in 2008 from Pacific Alliance Asia Opportunity Fund, a private-equity fund. The fund sued him in 2017 over failure to repay the loan and interest. The fund says currently the debt stands at upwards of $100 million due to the accrued interest. Meanwhile, Guo became the owner of Lady May, a 152-foot (46.22-meter) Feadship, in 2018. He spent £28 million to acquire her. In today’s currency, that total is approximately $36.6 million.

While he initially kept Lady May in U.S. waters, since he resides in New York, Guo sent the megayacht to the Bahamas in late 2020. This occurred despite several court orders barring Lady May’s relocation or sale. That move convinced a New York Supreme Court judge to hold Guo in contempt in February of this year. The judge fined him $134 million, indicating jail time would result without payment. Shortly thereafter, however, Guo filed for bankruptcy. In a sworn declaration from March, he indicated he doesn’t have the money. That temporarily halted the contempt order, but in court earlier this month, the same judge upheld it.

In response, in bankruptcy court last week, Guo offered up Lady May to a trust working on behalf of his creditors. But, the yacht currently is undergoing maintenance in France, through June. So, Guo has agreed to wire $37 million to a neutral third party, and bring the yacht back via a transport ship when finished. “When the boat returns in something similar to same condition that it is in today, the funds will be returned—it’s that simple,” Guo’s bankruptcy attorney tells the court.

In an unrelated matter, Lady May made headlines in August 2020 when authorities arrested Steve Bannon onboard in Connecticut. Bannon was formerly a political strategist for President Donald Trump, plus is an associate of Guo. It took place while Lady May was off the coast of Connecticut. He and three others from We Build the Wall, a crowdfunding group, allegedly took donor money for personal usage. Specifically, prosecutors say that Bannon used a non-profit that he controlled to take more than $1 million from We Build the Wall. Additionally, he allegedly used some of that money to pay his own personal expenses, plus pay one of the defendants.