Home / Charter & Cruising / The Yachts of TV’s Below Deck 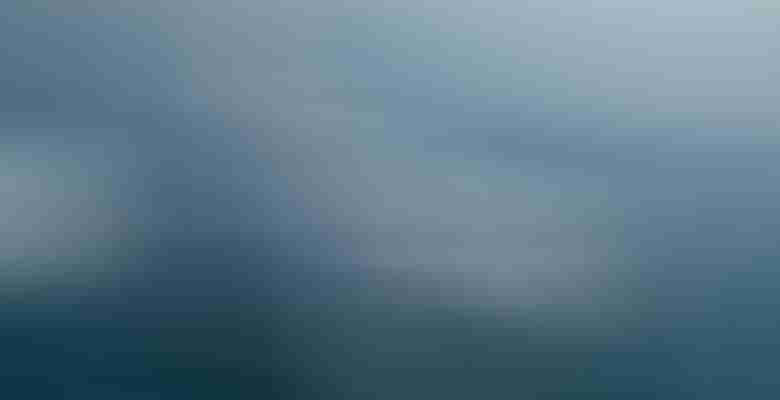 Love them or loathe them, Below Deck and all of its spin-offs have huge followings. The reality TV shows chronicle the lives of crewmembers who work aboard charter megayachts. Bravo, the cable network behind them, says the shows consistently rank in the top five among ad-supported cable programs with the most affluent audiences. Here’s a look at the real Below Deck yachts, listed in alphabetical order and with details you may not know about them.

BG Charade holds the distinction of being one of the only Below Deck yachts to appear at least twice. Her owner, Bobby Genovese, enjoyed how the show raised his charter yacht’s profile. (Among other things, Genovese owns BG Signature, a collection of 12 luxury retreats in the United States, Canada, Europe, South America, and the Bahamas.) The 154-foot (47-meter) Feadship was Valor for seasons four and five, in the Caribbean. Still under Genovese’s ownership, BG Charade charters primarily in South Florida and the Bahamas starting at €140,000 per week (about $169,500).

This 164-foot (50-meter) Benetti appeared in the first Below Deck season, in 2013. However, she did so with a faux name, Honor. Reportedly, given that the show was new, the owner wanted to play it safe with a pseudonym for his boat. She was an active charter yacht for several years. She’s under different ownership and a different name these days, Lumiere. But, she still charters, for €175,000 per week (about $212,000 at press time). In fact, you can get a sense of what a charter is like by watching this video on her website.

Home is a newer Below Deck yacht, in terms of delivery date. The 163-foot (49.8-meter) Heesen Yachts project saw delivery in 2017. She appears on season seven of Below Deck Mediterranean, which premiered in July 2022 and featured Malta as the setting. As for Home, she has a beach-chic ambience, with white and light tones (above) for furnishings and walls, contrasting with dark-wood soles.

The first season of Below Deck Mediterranean aired in 2016, with Ionian Princess in Greece. Notably, the 151-footer (46-meter), built by Christensen, has had the same name since delivery in 2005. Furthermore, she has had the same owner, although he does have her for sale, for $14.25 million. In the meantime, Ionian Princess continues to charter, too, for €145,000 per week (about $175,500).

Keri Lee III (Down Under Season 1)

Viewers in Australia got their own spin-off, Below Deck Down Under, in early 2022. The program showcased the country’s popular Whitsunday Islands and the yacht under a pseudonym, Thalassa. However, the 181-footer’s (55-meter’s ) true name is Keri Lee III. She belongs to an Australian couple, Trevor Lee and Keri Craig-Lee, who are among the country’s biggest beef suppliers. Keri additionally runs a fashion label, Keri Craig. Unfortunately, their Below Deck yacht experience wasn’t so successful. They sued the producers of the show, alleging more than AUS$12 million (about $8 million in U.S. dollars) in damages to the yacht during filming. Keri Lee III came from Trinity Yachts in 2001.

Below Deck Adventure shows off the stunning natural scenery of Norway, and this motoryacht (above). The 164-footer (49.99-meter) launched in 2001 from Amels, as Kermit. Since that time, she has changed hands a few times and further changed her interior design. Currently, it’s quite modern yet warm. She features six staterooms for 12 guests, along with accommodations for 12 crewmembers. Yet another notable fact: Mercury is among the 100 largest yachts her builder has ever delivered.

Among all the boats of Below Deck, My Seanna is a triple threat. Specifically, she has appeared on the show three times. First came Below Deck season 6 in 2018 in tropical Tahiti, the first exception to the tradition of cruising the Caribbean. Next came Below Deck season 8 in 2020 back in the Caribbean. The third time was season 9 in St. Kitts. The 185-footer (56.39-meter) appears in the show each time under her own name.

In season three of Below Deck, filmed in the Bahamas, a 161-footer (49-meter) named Eros appeared. Her real name was Mustang Sally (above). Built by Trinity Yachts, she chartered for several years before selling last summer. Nowadays, she’s off the charter market, known as Hunter.

Season two of Below Deck starred Ohana, under her own name. The 154-footer (47-meter) launched from Admiral Marine Works as Roxana in 1998. Ohana sold shortly after filming wrapped up in 2014. The new owner renamed her Rhino and kept her on the charter market. She’s available for $140,000 per week. Interestingly, during the America’s Cup in Bermuda, her owner offered her along with his sportfisherman, a Viking 74 named Rhino Fish.

Below Deck Sailing Yacht premiered in February 2020 with Parisfall III, a 177-footer (54-meter) run by her real full-time captain. The sailing superyacht (above) saw delivery from the famed Perini Navi shipyard in Italy in 2005. Filming for the series, meanwhile, took place in Greece. Parsifal III is available for charter, as well as sale. Her weekly charter base rate is $225,000, for 12 guests. Amenities include an owners’ suite that can split into two rooms, since it has its own saloon. A crew of nine are aboard, too.

Built by Heesen in 2006, the 154-foot (47-meter) Sirocco was the second Below Deck Mediterranean megayacht. Specifically, she appeared on the show in 2017. Filming took place in Croatia the prior summer. Interestingly, she reappeared in season four, this time cruising the French Riviera. Sirocco still charters, plus is available for sale. Her charter rate starts at €180,000 (about $218,000) per week. Her sales price, meanwhile, is €17 million (about $20.6 million).

Below Deck season 10 premiered in November 2022, with a new yacht in a new destination. The 197-foot (60-meter) superyacht St. David was the center of the action, cruising in St. Lucia. Arguably one of the most lavish megayachts of Below Deck history, she has an incredible spiral stairway (above) connecting her decks, plus a split-level master suite. Fun fact: She has a massage therapist among her full-time crew. The yacht originally splashed at Benetti as Xanadu in 2008.

When Talisman Maiton became TV’s newest star, she also became the then-largest yacht to appear on the show, specifically Below Deck Mediterranean. LOA: 178 feet (54.2 meters). She was also one of the largest private yachts built in Turkey at the time of her delivery, which was 2006. For the TV show, Talisman Maiton welcomed charter guests aboard in Italy. You can charter her starting at €231,000 per week (about $280,000), enjoying an eclectic décor with Art Deco detailing.

Below Deck Mediterranean season five in 2020 featured The Wellington, though that was not her real name. We had the first story about her true identity, The Wellesley (above). When filming took place in Spain in 2019, she officially toppled Talisman Maiton from her perch as the largest yacht to be on the show. The Wellesley is 184 feet (56.2 meters) and has a distinctly 1920s-inspired décor, similar to her “sister,” a hotel in London. The Dutch shipyard Oceanco delivered her in 1993 to a different owner, who christened her Achiever.

Are yachts from Below Deck available for charter?

Yes, most of them are available for charter. They include BG Charade, Home, Ionian Princess, Mercury, Parsifal III, Sirocco, Talisman Maiton, and The Wellesley.

What is the average cost to charter a yacht from Below Deck?

There’s no true average charter cost, because the weekly rate depends on the location where the yacht is available and the amenities. However, for a point of reference, Parsifal III charters for a weekly base rate starting at €195,000. St. David, meanwhile, is one of the most expensive Below Deck yachts to charter, starting at €325,000 per week. Since yacht charter vacations are highly customized, the final rate can actually be higher. Guests might want a case of a particular rare wine to enjoy during their stay, for example. They might also want to visit lots of different places, which could burn more fuel than usual.

What’s the biggest yacht on Below Deck?

The one to appear on the show so far is the 197-foot St. David. This stunning motoryacht welcomed guests aboard in St. Lucia in Season 10.

How much do the yachts on Below Deck sell for?

Again, the price depends on the amenities, but also the age and the size. The motoryacht Mercury, for instance, is currently asking €13.5 million. She originally launched in 2001, and although she’s seen upgrades, age is still a factor. Home, meanwhile, is much newer, having launched in 2017. Her asking price is €29.5 million. 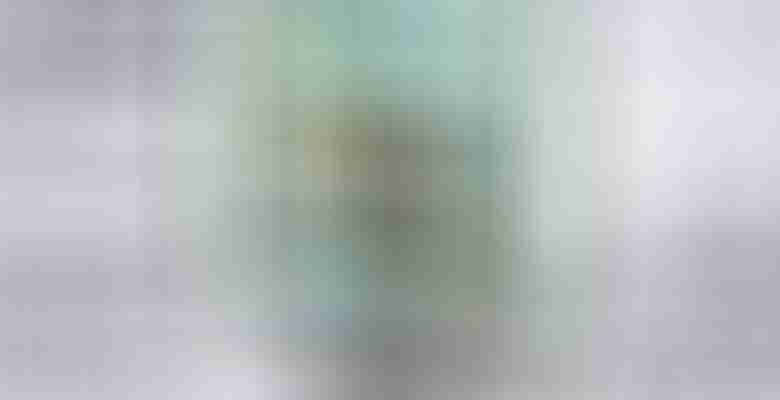 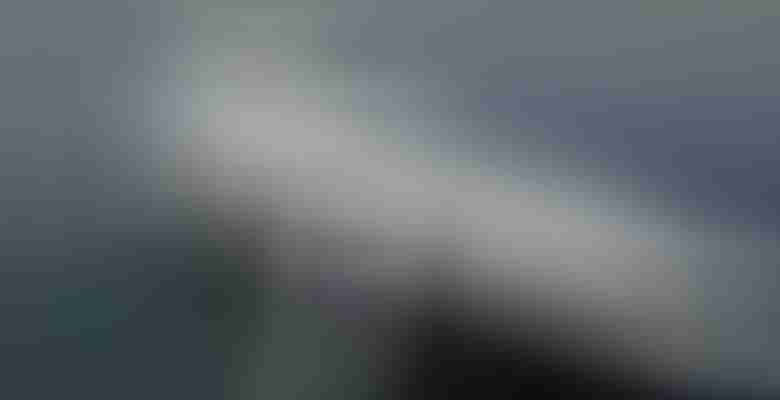 Superyacht Sirocco Is Back in Bravo’s Below Deck Mediterranean 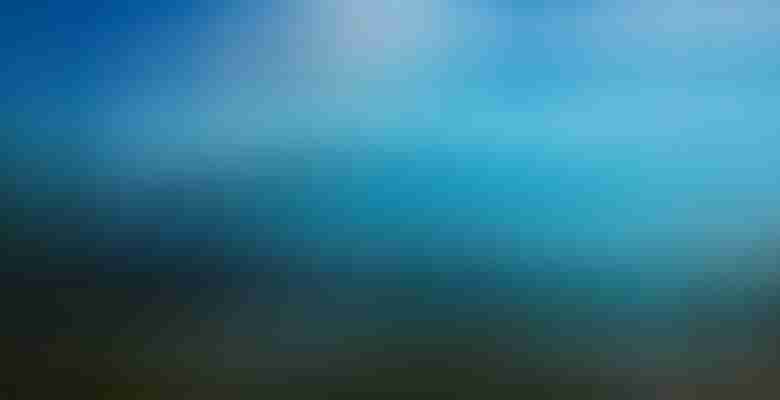 Below Deck Down Under Coming to a Small Screen Near You