You are here: Home / Yachts / Motoryachts / Below Deck Mediterranean Season 5 Scoop: Identity of Biggest Boat Yet 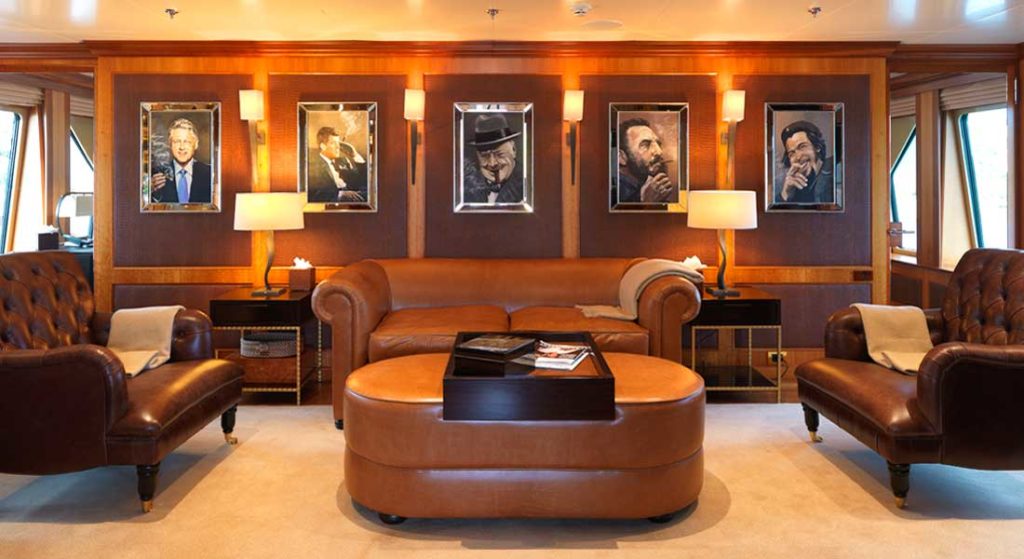 The Bravo television network is bringing back one of its most popular programs. Prepare to set your DVRs on June 1 for Below Deck Mediterranean season five. Set against the backdrop of Palma de Mallorca, the popular program additionally features the largest superyacht in Below Deck history. We’re the first to reveal that yacht’s true identity, too.

Bravo and the cast have kept a lid on details ever since filming wrapped up last summer. Just this week, though, the lid came off with official blessings, including a video tour of the yacht, The Wellington, by Capt. Sandy Yawn.

Similar to some previous Below Deck seasons in which the motoryachts used made-for-TV names, The Wellington isn’t the season-five star’s real name. In fact, it’s actually The Wellesley. The giveaway for us is the second room in the video tour, the cigar room. Although the artwork is different for the TV show (see The Wellesley’s setup at top), there’s no denying it’s the same. It includes a custom-made humidor with a selection of the world’s best cigars. Additionally, it showcases a selection of cognacs, whiskeys, and further after-dinner drinks. 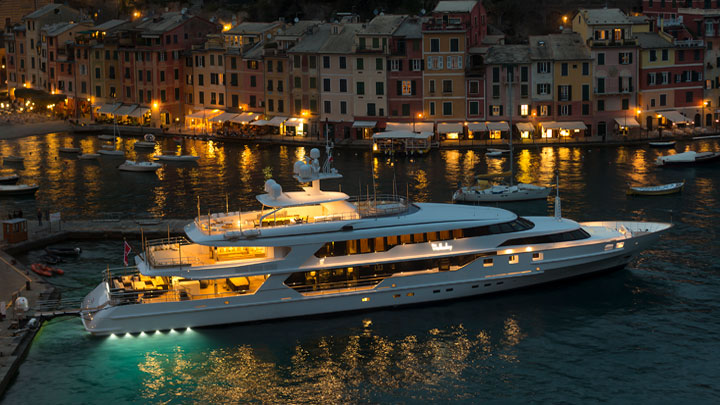 Other aspects of the 184-footer (56.2-meter) include mahogany woodwork and custom furnishings meant to reflect 1920s glamor. The Wellesley embraces this look to echo the ambiance of her sister, a same-named hotel in London. Originally launched from Oceanco in 1993, as Achiever, the current owners had the megayacht undergo a major refit to reflect the style influences. They also added a beach club, which you’ll see during Below Deck Mediterranean season five.

Further on display during Below Deck Mediterranean season five: a great assortment of watertoys, and of course the usual guest and crew shenanigans.

Most TV critics and fans believe that the new season will premiere in June. This will allow Below Deck Sailing Yacht, currently airing, to wrap up, acting as a lead-in.