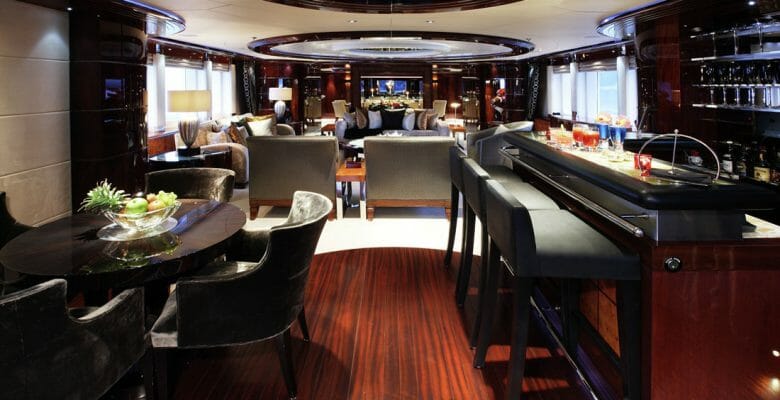 Meet the newest star of the popular Bravo TV series Below Deck Mediterranean, which returns to the small screen in May. She’s Talisman Maiton, and she’s the largest megayacht so far on the show.

Below Deck Med and the program it spun off from, Below Deck, are reality-TV shows. They chronicle the lives of charter-yacht crew as they go about their jobs. For the upcoming third season of Below Deck Med, the show filmed in Italy. Talisman Maiton is seen cruising from Naples to Capri and to Positano. 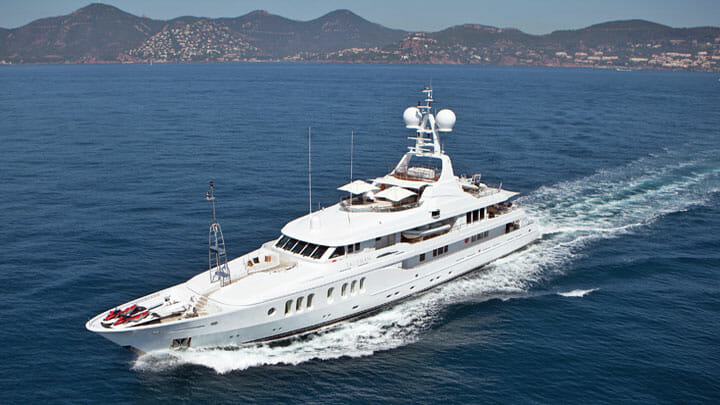 At 177’8” (54.2 meters), Talisman Maiton already has a strong following. She’s been a popular among charter guests for several years. (Turquoise Yachts delivered her in 2006 as Talisman C.) Her plethora of action-packed watertoys and opulent (and unusual) decor help in that regard. For instance, guests can zip around on two-person PWCs, or choose among kayaks and stand-up paddleboards. Alternately, the crew (not the crew on the show) can take them out waterskiing or wakeboarding, plus on towables. For a real adrenaline rush, though, there’s a Flyboard.

Throughout Talisman Maiton, rich woods and equally rich fabrics dominate. They come together in a blend of Asian and Art Deco design elements. Walnut wood and onyx figure prominently in the decor, particularly in the master suite. In fact, onyx adorns most surfaces in its en suite bath. Each of the five guest staterooms, which include a main-deck VIP, has its own personality. Note, too, that the two twin cabins can convert to doubles and include a Pullman. 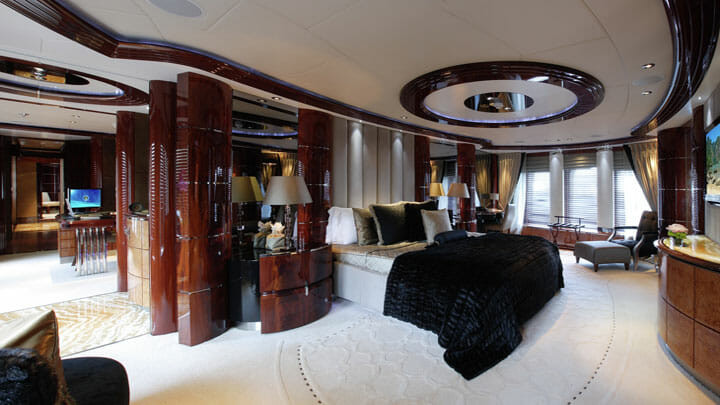 Preteens and teenagers will especially appreciate the games area, off the upper-deck lounge. It’s actually the foyer between the lounge and the wheelhouse. Regardless, when the yacht entered charter about six years ago, it was a rarity. The foyer is outfitted with two flat-screen PCs. They’re perfect for playing Xbox or using the WiFi to post photos to social media, to make friends at home jealous. (Talisman Maiton has Nintendo Wii, too.)

You’ll have to wait for May 15 for the Below Deck Med premiere. However, you don’t have to wait to book Talisman Maiton for early-summer-season charters. Burgess holds her central listing. In fact, the megayacht is offering a 10-percent discount on five-day charters in May and June. Furthermore, for seven-day charters during the same months, Talisman Maiton has a 15-percent discount. (Both incentive rates exclude special events.) The normal weekly base rate is €231,000 for low season and €273,000 for high season. At press time, the dollar conversions were about $284,028 and $335,670, respectively.